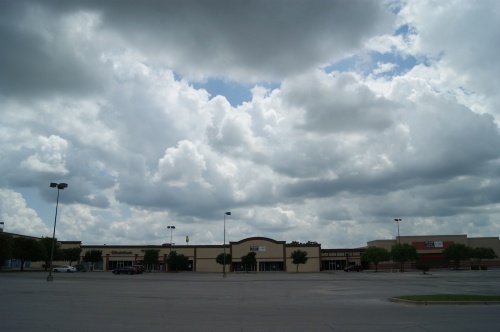 San Marcosu2019 Springtown Center, near the intersection of Hopkins Street and I-35, is in the process of being redeveloped by Austin-based real estate firm Endeavor Real Estate.

Chuy’s will open a 6,500-square-foot restaurant with a patio this summer at Springtown Center near the intersection of Hopkins Street and I-35 in San Marcos. Construction is expected to begin in March.

“Nothing energizes a shopping center more than a high-volume, industry-leading restaurant like Chuy’s. We look forward to building on this momentum as we continue to work with other best-in-class tenants for the project,” said Buck Cody, principal with Endeavor. “While we still have work ahead of us in order to stabilize Springtown, we believe that our [roster of tenants] positions the center to be the retail and entertainment draw for the students at Texas State and the residents of San Marcos, and the outlying communities as well.”

Chuy's, an Austin-based chain of Tex-Mex restaurants, serves quesadillas, nachos, enchiladas and margaritas, among other items.

Other tenants at Springtown include Gold’s Gym, which plans to open Feb. 29; the Spot, an entertainment center that will feature a movie theater, bowling lanes, restaurant and bar; WellMed; Bath and Bodyworks; and Twin Liquors, among others.

When the first tenants were announced in September, Mitchell Roberts, president of EVO Entertainment Group, which will own and operate the Spot, said he expects the entertainment center to open late this summer.

“San Marcos has been on our radar screen for a while because of its growth rate. We just needed to find the perfect location, and we’ve found that with Springtown,” said Don McKechnie, director of real estate and construction for Chuy’s. “Now with that decided, we’ll focus our efforts on designing a restaurant that’s as custom and unique as San Marcos itself.”