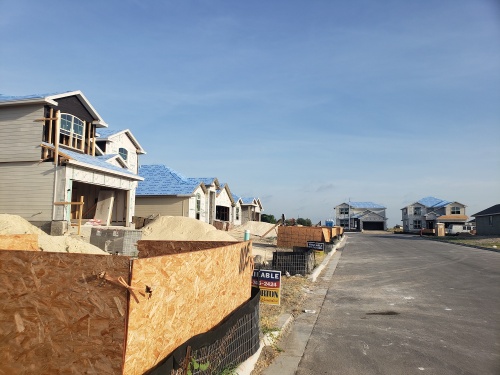 The Sonterra housing development is one of the fastest growing in the U.S., according to RCLCO Real Estate Advisors.

Williamson County single-family home sales increased 15.4% in July, according to the Austin Board of Realtors Central Texas Housing Market Report.

"Regional single-family home sales posted strong gains this July, indicating the summer selling season is likely to remain active and steady throughout August," ABoR President Kevin P. Scanlan said in a news release. “It’s a sellers’ market right now. Even though we saw an increase in new listings, inventory remains low. Homes located inside city limits are spending less than one month on the market, on average."

Jim Gaines, the chief economist at the Real Estate Center at Texas A&M University, said in the release that despite stagnant sales in Austin, the overall market “is still very strong.”

"Due to the lack of affordable options and tight inventory in the city of Austin, home sales are declining within the city limits but increasing in the surrounding areas," Gaines said in the release. “The good news is, we’re seeing home prices begin to stabilize."

Williamson County had a housing inventory of 2.6 months, the report said.