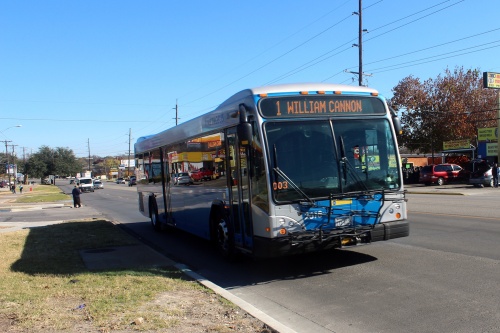 After years of declining ridership, Capital Metro reported six of the last seven months in 2018 saw positive gains in the number of riders on its services systemwide.

After years of decline, ridership on Capital Metro’s transit services is starting to trend upward, according to the latest numbers released in mid-January.

In December, systemwide ridership on bus and rail services increased by 5.4 percent compared to December 2017, a number that is noteworthy given the drop in gas prices and more inclement weather days, said Todd Hemingson, the agency’s senior vice president of planning and development.

Across the board, ridership increased in nearly every type of service, including on Capital Metro’s fixed bus route system, which increased by 2.8 percent in December compared to December 2017.

Hemingson attributes the change in trajectory of Capital Metro’s ridership to Cap Remap, the systemwide overhaul of transit services that occurred in June. For Cap Remap, the agency eliminated underperforming routes, added new and more frequent service, rerouted some routes and tweaked the schedules of other routes.

“We started 2018 in the first five months in a row we had less ridership in 2018 than we did in 2017,” he said. “From June to December we had six of the seven months where ridership increased from the prior year. Only September was down slightly relative to 2017.”

Two services that have continued to exceed expectations include MetroRapid, which saw a 17.3 percent increase in ridership in December compared to December 2017, and MetroExpress, the commuter bus service.

Ridership on the Express service increased by 27.4 percent in December compared to December 2017 and was up 32.4 percent in June-December 2018. In January 2018, Capital Metro expanded the number of Express bus routes and trips on existing routes as well as rerouted the routes to the new MoPac express toll lanes, resulting in faster service, Hemingson said.

Weekend bus service also is on the rise, Hemingson said, due to Capital Metro growing its network of frequent bus routes that operate about every 15 minutes. For Cap Remap, the agency expanded the number of routes in the service to 14 and extended the hours to every day.

“We’ve seen a huge boom in weekend ridership, which has been good because people don’t just work 9-5, Monday through Friday anymore,” he said.