After being named a finalist for the Kalispell, Montana, police chief position, Frisco Police Chief John Bruce was not selected for the job, according to a news release published Jan. 16.

The city of Kalispell selected its own Capt. Doug Overman as the next police chief, according to a Kalispell news release.

Bruce has been with the Frisco Police Department since 1996. He was named chief of police in 2013.
SHARE THIS STORY 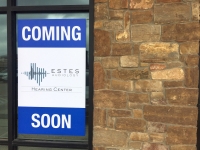