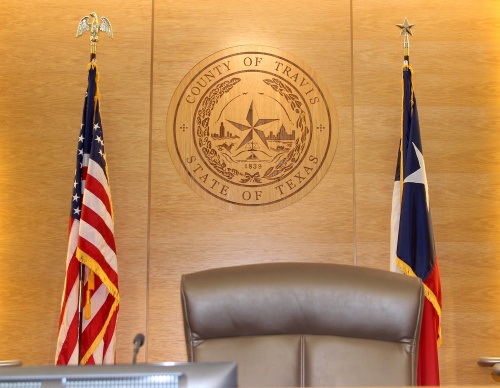 Discussions to combine offices or certain responsibilities of the district attorney and county attorney have seemingly stalled, county officials said.

A monthslong discussion in Travis County Commissioners Court to combine offices or at least reconfigure certain responsibilities of the district attorney and county attorney may be losing steam.

With Commissioner Brigid Shea absent Jan. 15 and Commissioner Jeffrey Travillion attending only the afternoon portion of the meeting, no action was taken on the agenda item.

In a conversation with media after the meeting, Travis County Judge Sarah Eckhardt said momentum seems to be slowing among members of the court.

"What a fabulous innovation it would have been," Eckhardt said. "But [it seems] the county isn't ready for it. We're not getting a consistent pulse."

However, 49 other Texas counties have a unified prosecuting agency. Travis County remains one of the largest counties in the state to prosecute crime with separate offices.

In a Dec. 11 Commissioners Court meeting, the proposal to combine agencies fizzled due to a lack of consensus on the dais. Instead of seeking a full merger as part of the county’s legislative agenda, commissioners pivoted to explore an idea that would combine all misdemeanor and felony prosecution duties under the district attorney. The county attorney would handle all civil matters.

"There is not sufficient enthusiasm to do it halfway," Eckhardt said. "There are probably no cost savings in doing it halfway."

The proposal must pass by supermajority, meaning it needs at least four votes of the Commissioners Court’s five members.

Even if Travis County commissioners fail to formally adopt some version of a merger as part of their 2019 legislative agenda, a state legislator could file a bill before the March deadline.
SHARE THIS STORY