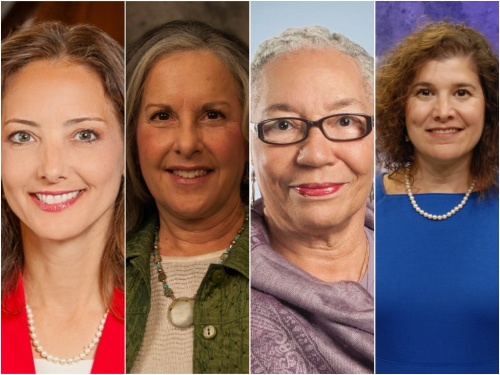 Backed by several community members, Mayor Pro Tem Kathie Tovo and council members Leslie Pool, Ora Houston and Alison Alter said at a press conference Tuesday morning that they were giving a voice to the larger community; a voice that says upzoning Austin’s neighborhoods to allow more housing will not lead to affordability; a voice that says CodeNEXT should benefit current Austinites, not just future ones.

Houston railed against past policies that encouraged development on the east side with no plan; Tovo disavowed the current CodeNEXT proposal, saying it has failed to gain community support, while Alter criticized the housing supply and demand argument.

Alter said the housing market is irrational and is more complex than the principles of supply and demand.

“Zoning … doesn’t equal housing supply and density does not equal affordability,” Alter said. “We need to remember that.”

The newly formed neighborhood preservation caucus dug their heels in the sand to ideologically oppose the other four-council-member caucus—Jimmy Flannigan, Pio Renteria, Delia Garza and Greg Casar—who, in their calls for more abundant housing throughout the city through CodeNEXT, claim density will help offset housing affordability concerns.

Tovo, Pool. Alter and Houston have continually fallen in the minority in votes about the CodeNEXT process. They recently supported leaving the fate of CodeNEXT to voters and opposed their colleagues’ decision to keep the CodeNEXT petition question off the November ballot.

Without going into details, Pool said Tuesday the caucus would release a series of amendments to CodeNEXT they want implemented in order to support the project.