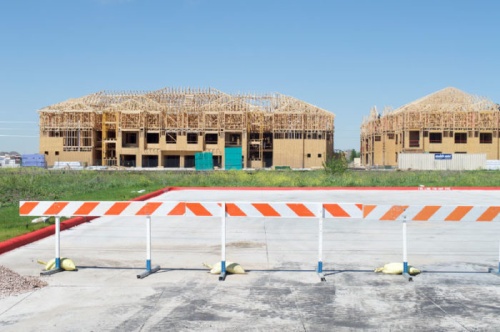 Hutto City Council approved more than $100 million worth of combined development in a strategy to help fund the city’s expanding infrastructure systems.

Funds collected from the developments, including water impact fees, wastewater impact fees and ad valorem tax revenues, will now go back in to pay for several infrastructure projects. According to Odis Jones, Hutto City Manager, the moneys collected from the site will pay for the expansion and connectivity of wastewater lines, as well as construction to alleviate flooding in Cottonwood Creek.

“This gives us a bucket of money… that we don’t have today,” Jones said Thursday night.

Council approved a PID for Hutto’s Co-Op District, a $200 million mixed-use development currently under construction, to partner with a TIRZ that was approved by the Hutto EDC Monday night.

Bob Wunch, lead developer on the property, told council Thursday night that concrete slab was being poured on the property and tilt walls will begin going vertical sometime in July.

The PID on the Co-Op District allows for a bond issuance to a third-party buyer, meaning the city is not on the hook for any financial liabilities on the PID agreement, according to Jones.

"The city is in a non-recourse position with the debt for infrastructure and bonds will not be issued by the City of Hutto but instead through a third-party issuer”” Jones said.

Council members were presented detailed development plans for several of the projects for the first time Thursday night, such as the Cross Creek development off CR 199.

The Cross Creek development, to be built by Arizona-based Meritage Homes, will contain approximately 485 lots of “higher sales price” homes, per the development team. The entire development will sit on 167 acres just east of the Legends of Hutto subdivision.

“[Meritage Homes] would be picking up the cost to get the sewer running to the Megasite,” Jones said, referring to the recently approved development east of the city limits.

PIDs were additionally approved for two adjacent developments split by FM 1660 in the northern end of Hutto limits. The annexation process is currently underway for both the Packsaddle development and Hutto 315. The two developments combine for approximately 450 acres of total land.

The Packsaddle development will be constructed by Packsaddle Partners and will include 566 total lots for residential, commercial and civic purposes. Developers on the property said they have been in discussions with Hutto ISD to potentially house a campus for an elementary school, middle school and high school.

Packsaddle will also build a wastewater lift station to assist the city with wastewater connectivity in the northern ends of city limits.

Hutto 315 is across FM 1660 to the east of Packsaddle. The PID on Hutto 315, developed by William Lyon Homes, will direct funds to build additional wastewater connectors, and additional funds will go to Cottonwood Creek drainage renovations, per the developer.

“When they run the sewer line up there they’ll be cleaning that creek bed, as well,” Jones said.