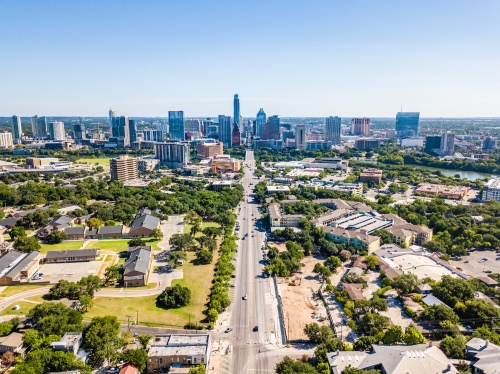 Austin City Council on Tuesday got its first public look at a proposed $851 million bond.

Austinites will decide in November whether the city can borrow hundreds of millions of dollars to fund infrastructure projects, and Austin City Council on Tuesday got its first public look at what that loan might entail.

After nearly a year and a half of prioritizing the needs of Austinites, the council-appointed Bond Election Advisory Task Force presented the city’s elected leaders with a proposal to borrow $851 million to fund high-priority projects in affordable housing, watershed protection, transportation, open space and city facilities.

To payback the $851 million loan, Austinites would need to agree to a more than two-cent increase over the current tax rate that would remain for the next 30 years.

The $851 million proposal is only a suggestion. City Council will be responsible for finalizing the size and scope of the bond by August 2018.


1. Council is expected to trim the bond proposal’s size

City staff initially recommended a $640 million bond. In the wake of 2016’s $720 million mobility bond, early task force discussions centered on a desire to propose a $325 million bond, which would result in no increase over the current tax rate.

In the end, the task force agreed to bump staff’s recommendation by $211 million.

District 4 Council Member Greg Casar and District 2 Council Member Delia Garza said Tuesday the $161 million was not enough, adding they will push for the city to put between $250 million and $300 million toward affordable housing in the bond package.

The 58 percent number comes from a city staff-produced survey of roughly 900 people, taken throughout the public input process of the bond’s development.