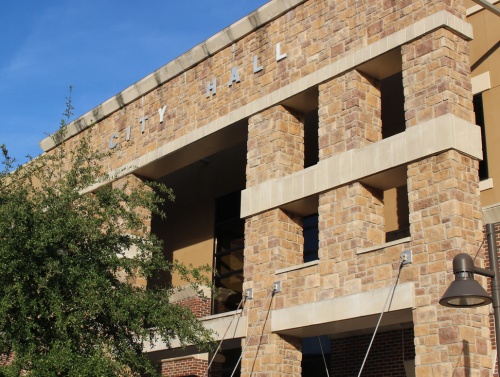 Bee Cave police are receiving more calls for service, responding to more traffic-related activity but recorded a slight decrease in arrests in 2017, according to the chief’s annual report presented Feb. 13 to Bee Cave City Council. Overall, the city’s crime index, a barometer of violent and property crimes using federal parameters is up slightly, the department’s statistical data show.

“If asked to describe 2017, in a single word I would say challenging,” Police Chief Gary Miller wrote in his report presented to the City Council. “[It was] a year which saw snow, continued growth in our community, an increase in most of our statistical categories, and working short-staffed while trying to fill four open slots most of the year. But a challenging year often raises your level of performance and by year’s end, I believe we could also say the year was successful for the Bee Cave Police Department.”

Mayor Caroline Murphy questioned why drug offenses rose significantly in 2015 from prior years. The chief responded that was in conjunction with the number of police traffic stops, which also went up that year. Drug offense arrests were up again this past year from 148 in 2016 to 183 in 2017.

“The biggest surprise to me was the number of intoxication arrests we’ve made. [Those arrested] are coming from elsewhere and trying to get back to Spicewood or Lakeway or Bee Cave. For a city of 6[,000] or 7,000, we have some very heavily-traveled roadways, Miller said.

An obvious goal for 2018, the chief wrote is to retain officers to avoid losing hours spent on hiring and training as well as forfeiting a departing officer’s skill and abilities. In 2017, Bee Cave Police lost three of its 17 frontline officers to other law enforcement departments or due to family choices, and a fourth officer spent significant time on light duty. All vacant positions were filled by last September.

“If you find the right people [and provide] the right niche for them, they’ll stay,” he said and pointed out the city’s health insurance coverage is very good but more needs to be done to recruit candidates. “Bee Cave is a well-kept secret. People don’t think to look to us from the regional police academy," Miller said adding he has a newly appointed role with the Capital Area Council of Governments Academy, which will increase his contact with possible recruits.

The chief said other priorities include securing a vendor to cost out sites for a new police and municipal court facility. The council approved a request for proposals at its Dec. 12 meeting. At the Feb. 1 deadline, six firms had submitted for the opportunity, according to the chief. The council is expected to approve a finalist sometime later this year.

Also noted in the chief’s report is the announcement of officer Alex Martinez as Bee Cave’s police officer of the year for 2017.

Local scout troops in Bee Cave will again be able to use the old Bee Cave Schoolhouse facility located at 13333-A W. Hwy. 71 at no cost and schedule their meetings up to six months in advance after Bee Cave City Council approved a revised ordinance at its Feb. 13 meeting.

The change to the rules came up after scout leaders publicly complained about the city’s September revisions to the facilities reservation policy, which imposed a damage deposit, a $50 per hour rental fee and the inability to reserve more than one use at a time. The change was a bid by the city to make the facility accessible to as many groups as possible.

Council Member Kara King led a motion to extend the ordinance further to extend the fee waiver to city civic groups, including but not limited to youth organizations affiliated with Lake Travis ISD or those who hold 501(c)3 status.