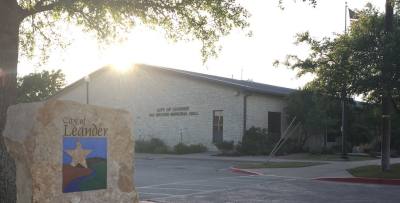 After a decade of city leadership, Leander Mayor Chris Fielder announced Friday that he will not seek re-election in May.

In his time leading the city, Leander’s population grew by 84 percent to 55,910 residents. Fielder said securing voter approval on the city’s 2016 general bond election propositions and supervising the completion of the city’s Hero Way West project were among his proudest achievements as an elected official, according to a statement released Friday.

The statement said Fielder chose not to run again in order to spend more time with his family, and to give a new Leander mayor the chance to serve the city with new ideas.

“I think it’s just time for me to step away,” he said. “We have some of the best city staff in Texas, and they deserve much of the credit for Leander’s success. I know the next mayor will be in good hands.”

According to the city, Fielder gave back to the community in leadership positions with the Williamson County Children’s Advocacy Center, Open My World Therapeutic Riding Center and Brushy Creek Regional Utility Authority and was a member of the U.S. Conference of Mayors.

On Jan. 30, Fielder is scheduled to give his final mayoral state-of-the-city address held by the Leander Chamber of Commerce at Hill Country Bible Church Leander, 11880 Hero Way West, Ste. 600, Leander.

Both the cities of Cedar Park and Leander will elect a mayor and three city council members in May. Candidate filing begins Jan. 17 and runs through Feb. 16.
SHARE THIS STORY