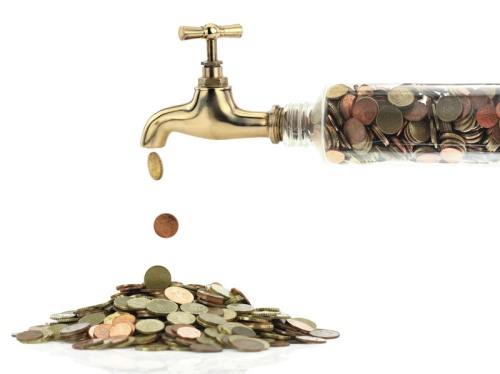 When Oak Hill resident Beverly Villarreal’s September water bill showed her usage to be 188 percent higher than her average yearly consumption, she said she was confused.

After reviewing previous bills, Villarreal said she believes her usage was not recorded correctly, leading to an unusually high water bill.

The city contends the reading was correct; however Villarreal chose to pursue an administrative hearing in hopes of receiving some level of compensation.

“In my case, our water usage from August and September got switched,” Villarreal said. “I’m not disputing we used the water; we just didn’t get billed for it correctly. Maybe they charged us an extra $4 [per gallon] or something. I would just like them to come clean about what happened.”

Residents who pass the leak and irrigation system inspections and still see a spike on their water bill can file for a high water bill adjustment. Those who do not qualify for an adjustment can request an administrative hearing, which allows customers to dispute their bill and be heard before an administrative review board.

According to the city of Austin Utility Customer Service Office, since Sept. 1 nearly 400 high water bill adjustment cases have been filed, an avenue that allows qualifying residents to receive a refund on their water bill overage.

Of the 395 cases filed, 159 residents received an adjustment, and 236 residents were deemed ineligible based on the program’s qualifications.

Austin city officials said that more often than not a high water bill is caused by an unknown leak or by erroneous water usage from a resident’s irrigation system or pool. In some cases, however, there is no explanation for an overage, and that is where the high-water bill adjustment program comes in handy.

After a 2015 audit of the system found a few discrepancies in the meter-reading system, the council implemented a high water bill adjustment program that refunded 70 percent of a bill’s overage if the customer met certain requirements, including water usage three times higher than the average consumption and a yearlong billing history at the same service address.

But when another round of complaints was submitted in September by customers across the city, Troxclair said she pushed for improvements to the program.

In November, through council approval, an upgrade to the refund program was made that permits qualifying customers a 100 percent refund of a bill’s overage.

“Utility bills are an important part of everybody’s monthly budget,” Troxclair said. “When you have a certain expectation and pattern of the kind of bill you’ve received in the past and then you get something that is completely out of line, I just think it’s really important that there is some recourse for you.”

Across South Austin, residents have filed complaints about high water bills, and some say they have grown frustrated over the lack of an explanation. Although certain customers did find leaks or unknown running water to be the cause of the overage, others still have no answers.

Melissa Hornsby, who lives alone in a two-story home in Onion Creek, said her bill has quadrupled over the past few months, which is something she has not experienced in the six years she has lived in that home.

Last March she said her water bill fluctuated between $100-$200 per month based on watering schedules and internal use. Not even a year later, she said her bill has quadrupled, totaling between $900-$1,000 per month.

Hornsby said she is launching an investigation to find out the cause of the issue. Her belief is that the meter was not read at all, but rather estimated, leading to an incorrect billing.

“I’d just like them to get the billing right moving forward,” Hornsby said. “I’d like my money back because I was overcharged.”

Villarreal shared a similar sentiment adding that she is still waiting on a response from the city about her administrative hearing. She submitted her evidence and findings Oct. 31 and received confirmation from the city Nov. 1, but she has not heard anything further.

The city of Austin Utility Customer Service Office, the group behind managing the meter-reading data and billing system, assures customers there is a system of checks and balances in place to ensure accuracy.

Robert Cullick, communications director for the office, said the city maintains over 200,000 meters throughout the city and each one is checked on a monthly basis.

“We have a system that works,” Cullick said. “After audits, reviews, contractors, contracts, new belts and suspenders we have found no systematic issue regarding water bills.”

The city employs a third-party company, Bermex, to read the meters using a smartphone reader. The application reads the meter within 30 seconds and sends the data to a computer at the customer service office. Readings are flagged too high, too low or within range.

If the reading is too low or too high, which is considered to be 25 percent below or 300 percent higher than normal, the meter is read again and a photo is taken as proof. Cullick said most of the time, the second attempt shows an accurate reading.

Despite what some residents may think, the meter is read each month and never estimated, Cullick said.

“We don’t know what the reading was from the month before, so there is no way we can estimate the usage for that month,” Cullick said.

He added that every once in awhile a meter cannot be found or is blocked by an object in the yard and is unable to be read. In that case, Cullick said, the city contacts the resident to resolve the issue.

If a customer calls with a complaint of a high water bill, Cullick said the department investigates the spike by looking at usage history as well as conducting a leak-detection test and an irrigation audit.

“You’d be surprised how many people are unaware of leaks,” Cullick said. “We try to work with everyone individually, and a lot of times what people don’t know becomes apparent in the process.”

Cullick said there is no way to predict how water is used—some residents water their lawns regularly or have a pool, so usage varies by household.

“If you have an extra person living in your home or you started watering your lawn more, that increase in usage will show up on a bill,” Cullick said. “An extra couple of thousand gallons per month will bump you up to the next category, and you are paying more per 1,000 gallons of water.”

As part of her efforts to improve consumer rights and ensure accuracy, Troxclair said she requested an audit be conducted on Bermex, the new meter reading vendor. She is hoping to receive the results in spring 2018.

Residents who experience high water bills should contact the city to resolve the issue.

“No one here is trying to gouge anybody,” Cullick said. “The end game is for us all to share one vision of sharing one river and having adequate water for people [in the future].”
SHARE THIS STORY