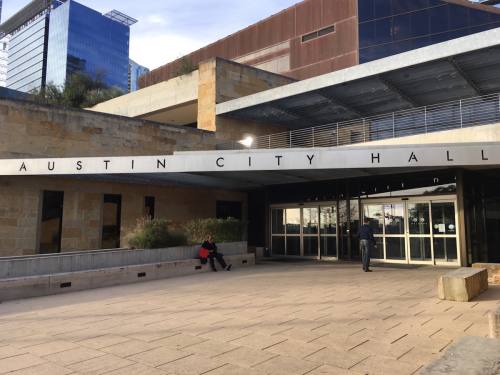 Protection of construction workers is a priority for the city, evidenced by an amendment made Thursday to the city’s long-awaited expedited permitting program.

Last year, Council passed a resolution to create an expedited permitting program to partially alleviate complaints about the city’s arduous building permit process. The program, which requires applicants to pay a fee in order to speed up the process, was funded in this year’s budget and is expected to go into effect by spring.

On Thursday, Council passed a resolution sponsored by District 5 council member Ann Kitchen and District 4 council member Greg Casar. For large-scale commercial projects, the resolution would limit which projects could participate in the program to those that have had a third-party organization certify their commitment to workers’ protection.

Shelby Alexander, a representative from Casar’s office, said the construction industry in Texas is among the country’s most dangerous. It is also well known that the city is facing an affordability issue. The workers’ protections sought by Council mandate a higher minimum wage and adequate safety training for large-scale commercial construction workers.

While the city wants to mandate workers’ protection for these larger projects, they don’t have the resources available to oversee that the protections are implemented. However, there are third-party organizations that could verify the implementation of these protections through programs such as Better Builders and Project Labor Agreements. Thursday’s resolution now requires this verification.

The resolution amends the business regulation and permit requirements code, not the land development code, so the amendment bypasses the need for approval from the Planning Commission.