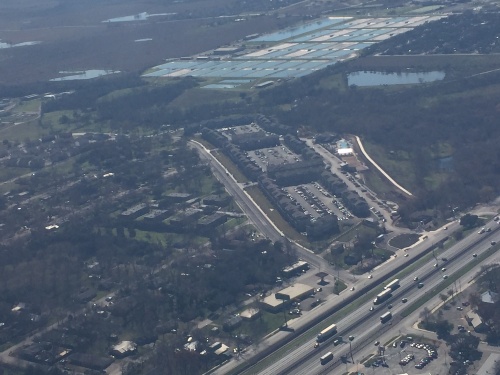 The Woods apartments added up to 2.3 feet of water to the nearby homes of some Blanco Gardens residents, a report shows. San Marcos attorney Charles Soechting is organizing a lawsuit against the developer of the apartments.

In the wake of a recent engineering report showing new apartments worsened damage to nearby residents’ homes during floods in May and October, a San Marcos attorney is working with Blanco Gardens residents to sue the developer of the Woods apartments, 650 River Road, San Marcos.

On Jan. 5, City Council received a report indicating the Woods added up to 2.3 feet of additional water to some homes in the nearby Blanco Gardens neighborhood during the May flood.

“You have a direct action against that developer, because did they owe you the duty of not flooding your home?” Attorney Charles Soechting asked a group of residents gathered at Rogelio’s Restaurant on Jan. 12. “Of course they did.”

Dovetail Development, an Athens, Georgia-based company, built the apartments, which have since been sold. It is unclear who the current owner of the property is or who may be liable. Representatives from Dovetail Development could not be reached for comment.

Soechting said he first met with Blanco Gardens residents in the days following the Memorial Day weekend floods in May. Residents were interested in taking legal action, but a consultant who was hired advised Soechting and the group to wait for an engineer’s analysis of whether or not the Woods apartments affected flooding in the neighborhood.

The Jan. 5 report given to City Council indicated what many residents believed: The apartments—and dirt piles in front of the apartments during construction—blocked some drainage features and caused water to pool in the neighborhood.

Soechting told the group of Blanco Gardens residents that injunctive relief, a legal remedy whereby the developer would have to return the apartment property “to its last peaceful state,” may be an available option. In that scenario, the developer would be forced to improve the property to the point that it no longer poses any more of a flood risk to nearby residents than the property posed before construction of the apartments. There are "a million different ways" that could be accomplished, he said.

“[The developer] may have to do something in the way of construction repairs that is pretty drastic,” Soechting told residents. “But that’s not your problem. That’s [the developer’s] problem.”


“Get ready for a fight. If y’all think this is going to be easy you’re living in a different world than the one I live in.”
— San Marcos attorney Charles Soechting

Soechting said the lawsuit he is organizing is reserved for those whose homes or businesses were affected by the Memorial Day weekend flooding due to construction of the Woods.

Some of the Blanco Gardens residents gathered at the Jan. 12 meeting at Rogelio’s wondered if there was any way the city could be held liable for allowing the apartments to be built at that location. Soechting said he believes a suit against the city would essentially be p0intless, as there are numerous legal protections for municipalities in the state of Texas.

Those at the meeting were concerned it could take years for a settlement or verdict to be reached. Soechting said because the two parties—flooded residents and the developer—are in two different states, the case would likely be tried in federal court, which is often a much speedier process than litigating in state courts. Soechting said he expected they could go to trial within a year.

“Get ready for a fight,” Soechting told residents Jan. 12. “If y’all think this is going to be easy you’re living in a different world than the one I live in.”

Grace Davis, who grew up in the neighborhood and whose mother still lives there, said the October 2013 floods were bad, but water never entered her mother’s home. At the time of the Memorial Day weekend flood the only thing that had changed in the area was the construction of the Woods, she said. That indicated to her the apartments worsened the flooding.

“What’s extremely sad to me is this entire community told the City Council sitting at [the time these apartments were approved], ‘We know how the water drains,’” Davis said. “’We know how that field works. We know where [the water] goes.’”

Clifford Robertston, a Blanco Gardens resident who was flooded out of his home in May and October, said he and his fiancee are awaiting word of whether they will be required to elevate their home or have their home bought out and demolished.

The uncertainty about the neighborhood's future has left Robertson and his fiancee in limbo. For now they are paying rent for a temporary apartment as well as a mortgage on their flooded home, in addition to property taxes, insurance and electric bills to keep the home's security system on. Robertson, who is retired from UPS, said he was encouraged by the discussion with Soechting at Rogelio's, but his finances are getting tighter every day.

“I’ve been thinking, 'How long can I go before I have to go back to work?'” Robertson said. “That was 35 hard years at UPS. I didn’t expect to be paying [the equivalent of] two mortgages.”
SHARE THIS STORY