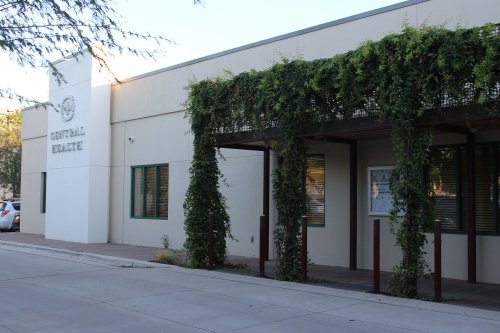 Show map
Central Health is lowering its tax rate on property owners, but because property values are higher than last year, homeowners will pay slightly more to the public entity.

Central Health was created by voters to provide health care services to low-income residents of Travis County. Property tax revenue accounts for more than 80 percent of Central Health’s funding, according to a Sept. 14 budget presentation.

According to Central Health, the average taxable value of a home in the Travis County Healthcare District was $240,279 last year, which amounted to a tax bill of $303.71.

The average value of a Travis County home this year rose to $262,520, according to Central Health. If the Travis County Commissioners Court adopts the new proposed tax rate, the average homeowner would pay $309.25—an increase of less than $6.

Central Health already approved an increase in the tax exemption for residents 65 and older, from $70,000 to $75,000. That amount will be deducted from appraised property values for qualifying residents in 2016 tax bills.

The total proposed budget for fiscal year 2016 is $295 million. Major budget priorities include completion of Phase II of the Central Health Southeast Health and Wellness Center—Phase I opened in November 2014—and redevelopment of the University Medical Center Brackenridge campus. Health delivery programs provided by the nonprofit Community Care Collaborative, which was formed by Central Health and Seton Healthcare Family, will also take priority.

Central Health held its first of two public hearings on its proposed FY 2016 budget Sept. 14. A half-dozen speakers representing various nonprofit health care service providers spoke in favor of the budget and thanked Central Health for partnering with their organizations.

Only Bob Ozer, an Austin attorney, spoke in opposition.

“You’re asking for a tax increase,” he said.

Ozer said, through the 2013 master agreement between Central Health and Seton Healthcare Family, Central Health is giving Seton $20 million per year for five years in part to reimburse Seton for assuming the costs and risks associated with building its new teaching hospital, which will replace University Medical Center Brackenridge in 2017.

Ozer said he did not see a purpose in reimbursing Seton for costs associated with a hospital they are going to own. He also noted a lack of transparency, saying taxpayers cannot see how Seton is spending the $20 million a year.

Ozer said without the $20 million in annual “transition costs,” Central Health could lower the tax rate, and property owners would not have to pay more.

In a phone conversation, Ozer said he has questioned the legality of the financial arrangement mapped out in the agreement.

“Central Health has refused to answer,” he said.

“There’s nothing in the budget, and there’s no payments going out to Seton at $20 million per year, as he’s referenced,” Young Brown said.

The 2013 master agreement states that Seton will use $20 million annually to fund its transition to the new integrated health care delivery system for the low-income, uninsured or under insured population. The funding began in Seton’s FY 2014, according to the agreement.

Another public hearing will be held Sept. 17, followed immediately by a Central Health Board of Managers meeting. Both will take place at 1111 E. Cesar Chavez St.