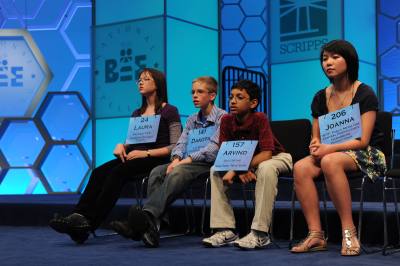 The West Austin Chamber of Commerce will produce and host the first annual Austin Regional Spelling Bee on March 25 at the ZACH Topfer Theatre, according to a Nov. 28 news release.

Previously local spelling bee winners had to travel to Houston for a chance to participate in a regional spelling bee. Regional champions go on to compete in the Scripps National Spelling Bee in Washington, D.C.

Approximately 50 of the area's top spellers in grades 4-8 will participate in the 2018 Austin Regional Spelling Bee.

Participants will be determined by local spelling bees run through schools in a 10-county zone that includes Bastrop, Blanco, Burnet, Caldwell, Fayette, Hays, Lee, Milam, Travis and Williamson counties. The zone encompasses more than 600 public schools and thousands of students.

Public and private school students are eligible to participate, as are children who are home-schooled.

The Austin Regional Spelling Bee champion will go on to participate in the national competition in June.

"We are so excited to bring the Austin Regional Spelling Bee to the students, families and community members in and around Austin," said Morgan Briscoe, West Austin Chamber of Commerce president, in the news release. "This event falls in perfect alignment with our mission of supporting the next generation of area business leaders."

Linda Vezina, the West Austin Chamber of Commerce membership director, is a neighbor of the Janga family. Nihar Janga is the 2016 Scripps National Spelling Bee Co-Champion and a Leander ISD student.

Narayana Janga, Nihar's father, mentioned the lack of a local bee sponsor to Vezina, who worked with chamber staff to establish a partnership with Scripps.

"This is a dream come true for many Austin-area kids," Nihar said in the same release. "I am very happy that an Austin champion can now go to [the national bee] directly."
SHARE THIS STORY