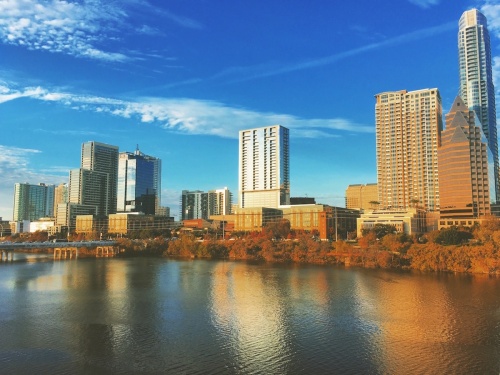 Starting Aug. 15, homeless individuals who are not enrolled in any housing or case management services will no longer have access to the two free community meals offered by Caritas of Austin and The Salvation Army Center downtown.

Organizations helping to combat homelessness are changing the way they are serving meals to downtown's homeless population in an effort to spread the resources away from one overcrowded area and get people more involved in case management services.

As it stands, Caritas of Austin provides a free lunch to more than 300 individuals Monday through Friday from 11 a.m. to 12:30 p.m. Anyone can receive food through the community meal program.

The Salvation Army provides a similar community meal at dinner time. It also provides three meals a day to the people who stay at the shelter each night and will soon expand its lunch meal service.

On Aug. 15, the community meals are going away for those people not engaged in any case management or housing services, according to Mitchell Gibbs, executive director of Front Steps, the organization that operates the Austin Resource Center for the Homeless, or ARCH.

Instead, organizations will provide homeless individuals who are not using any of their services with information on where to get food elsewhere, away from the corner of Neches and Seventh streets, where the ARCH, Front Steps, The Salvation Army Center, Caritas and other homeless resource organizations are located.

"You're not just going to be able to walk up and stand in line if you're not involved in programs," Gibbs said.

The hope, according to Gibbs, is that food will be an incentive to enroll in some of the services offered through these organizations. Some of the service options include case management and permanent supportive housing.

Right now, about 75 percent of the people loitering outside the sidewalk in front of the ARCH are not using any services, Gibbs said.

"The hope would be the folks that are just hanging around outside not participating in programs, if they are homeless and want to move forward, they would take this as an opportunity to get involved," he said.

During the monthlong pilot, Caritas will serve about 150 people who are taking advantage of Front Steps' or Caritas' services. The food will be served from the ARCH instead of from Caritas, which is located across Seventh Street.


“Don’t try to get all of your resources met in the downtown area unless you’re looking to engage in services that are delivered downtown."

In addition, Gibbs said anyone staying in the ARCH's shelter at night will still be provided meals.

The Salvation Army will continue to provide meals for those staying at the shelter each night.

In the meantime, the homeless resource providers have told clients of these changes and provided them with a list of entities that offer free meals outside of Neches and Seventh. They include Mobile Loaves & Fishes, which makes daily scheduled lunch and dinner stops in North, South and East Austin; University United Methodist Church on Guadalupe Street, which offers free breakfast each Saturday; and Angel House Soup Kitchen on East Cesar Chavez Street, which offers lunch daily.

Gibbs said the one thing he does not want to see happen is the community bringing additional food to the downtown area for those who will no longer have access to the daily community meals provided by Caritas and the Salvation Army.

"That will not be helpful," he said, adding the point is to move people away from the ARCH's immediate vicinity and get food elsewhere unless they are using housing services.

"Don’t try to get all of your resources met in the downtown area unless you’re looking to engage in services that are delivered downtown," he said.

The food redistribution changes are part of a series of efforts put on by a coalition of the aforementioned organizations as well as the city of Austin and the Austin Police Department to address what they are calling a downtown health and public safety crisis.

“More people are coming downtown to access services, including shelter and food, which is leading to overcrowding near these service locations,” Ann Howard, executive director for the nonprofit Ending Community Homelessness Coalition, or ECHO said in a news release announcing the efforts Friday.

Other efforts include temporary installation of lights and bathrooms as well as increased police presence and increased street cleaning.

After a month, the coalition will evaluate the progress made and determine whether to continue these new efforts.

"I hope that we're creating a safer environment for homeless individuals to be able to access services," Howard said on Tuesday.

This story has been updated to clarify The Salvation Army provides three meals a day and will soon expand its lunch service.
SHARE THIS STORY