ACC board members heard from Associate Vice President Stephanie Hawley about the Office of Equity and Inclusion's progress on Oct. 2.

contribute today
Austin Community College's Office of Equity and Inclusion released its first annual report at an ACC board meeting on Oct. 2, detailing its accomplishments since it was created in November 2016.

These include hosting an equity summit, establishing a scholarship for formerly incarcerated students and being chosen as one of 10 institutions nationwide to serve as a site for an Association of American Colleges and Universities Truth, Racial Healing and Transformation Campus Center.

The office falls under ACC's Campus Operations and Public Affairs Division. Its mission is "to help the college build capacity to achieve equity in enrollment, persistence and completion," according to the report.

The office focuses on helping historically underserved student groups, including racial and ethnic minority groups, immigrant and refugee students, LGBT students and formerly incarcerated students. It aims to achieve equity among the school district's students, so that demographics no longer statistically affect achievement.

"Each of these areas is about building relationships," ACC President and CEO Richard Rhodes said in the report. "Placing them under one umbrella means we can expand and coordinate our outreach deeper in our communities—particularly in underserved areas—and ensures these relationships translate into opportunities for students."

Less than a year after its creation, more than 50 ACC students have participated in office subcommittees, focus groups and training sessions.

With partners such as the Mayor's Office and the Austin Independent School District, the office has also helped train more than 700 community members, staff, faculty and students in equitable leadership, interracial dialogue and the effects of institutional racism.

This aligns with the office's stated goal to engage the community as well as the college-district-at-large in its mission.

Eckhardt said the county's reduction in social contact has plateaued. 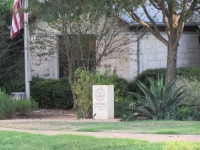 Sunset Valley City Council will look at options at a meeting April 7.