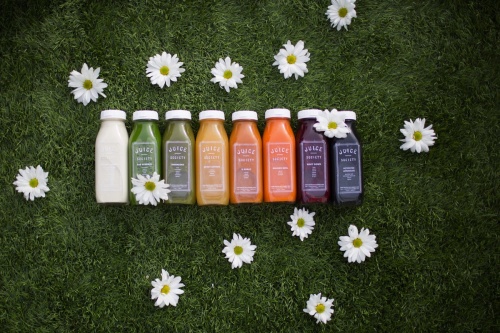 On April 23, Juice Society will open its first storefront on South Lamar Boulevard.

Now the Austin entrepreneur is set to open her first storefront April 23 at 1100 S. Lamar, Ste. 1116 where she plans to sell more than 50 flavors of cold-pressed juice as well as superfood blends, bowls, elixirs and teas.

Sobel said sustainability is a major focus of her business. Much of the produce used in her creations are locally sourced and the produce waste is composted and delivered to local community gardens, she said. Juice Society primarily uses glass bottles and is launching a green citizen program which will offer a $0.50 discount for customers who return bottles, Sobel said.

"We want to keep it as green as possible and keep recycling," Sobel said. "My goal for the company is to one day be zero waste."

Several other juice bars have opened during the past several months in Central Austin.

The Daily Juice opened Feb. 3 at 1221 W. Sixth St. next to Bella Salon at the site of the former Zeke’s on Sixth breakfast and brunch restaurant. The cafe offers fresh smoothies, juices, grab-and-go meals and coffee. 737-484-0200. www.dailyjuicecafe.com