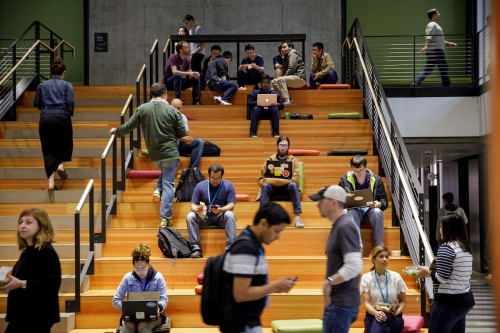 The Great Austin Chamber of Commerce says it is prepared to make a bid to become the second North American headquarters city for global retail giant Amazon.

Could Austin become the second North American home of one the globe's retail giants? The Greater Austin Chamber of Commerce said it is gearing up for a bid to bring an Amazon headquarters to the capital city.

In a press release Thursday, the company announced it is opening its search for a second headquarters to go along with its Seattle facilities.

"We've been getting quite a few calls," Austin Chamber spokesperson Mike Berman said Thursday. "We definitely want to compete for it and compete hard to win this. Austin has a lot of the attributes they are looking for: a wonderful, growing population, a very talented workforce, lots of available land, one of the nation's fastest-growing airports.

"There's also the synergy ... with Amazon already having an operations here in West Austin. Also, they have the wonderful [fulfillment center] facility in San Marcos. They just purchased Whole Foods Market, a homegrown [business]. There's a lot of activity here and a lot of great attributes that they're looking for."

When asked if government incentives could be included in the bid, Berman said they will likely be an option.

With a $5 billion investment in the construction of a second headquarters, Amazon would bring 50,000 jobs to whichever community earns its request for proposal, or RFP.

“It would be significant," Berman said.

According to the news release, Amazon would prefer for its second headquarters to be located in a metropolitan area with more than 1 million inhabitants. The population of the Austin-Round Rock metropolitan statistical area currently stands at about 2 million.

The company's RFP notes local entities should send in their responses by Oct. 19. Amazon is aiming to announce the site of its next headquarters sometime next year, according to the document.