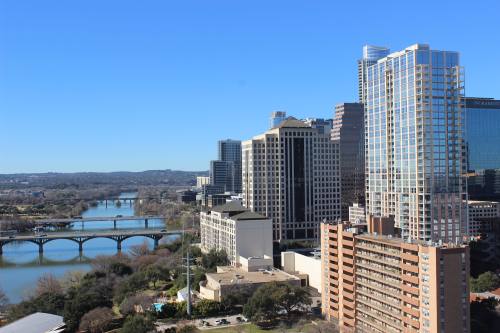 The most recent draft of the proposed overhaul of Austin’s land development code—the rules governing what can be built in the city and where—shows revisions that boost the city’s income-restricted housing capacity from 1,500 to 8,841.

The nearly six-fold increase, city staff said, comes from increased allowances in multifamily housing construction across the city as well as the ability for developers in more parts of Austin to enter into a density bonus program, which offers developers the ability to build more housing units—increasing their profits—in exchange for construction of income-restricted housing.

Although city staff heralded the six-fold increase during an Oct. 8 presentation to City Council, they highlighted the long-awaited code revision’s limitation, as a stand-alone entity, in accomplishing Austin’s goal to build at least 60,000 new income-restricted units by 2027.

“It’s a lofty goal, and it’s going to take a lot to achieve it, and the land development code is one tool that you have to achieve it,” said Alex Steinberger, a partner with planning firm Cascadia Partners, which was hired by the city as a consultant. “It’s a very strong tool; it’s an important tool, but it won’t get you all the way there.”

The 8,841-unit capacity relies on the code’s expansion of its density bonus program. Steinberger pointed to the city’s capital program and projects funded through the $250 million affordable housing bond passed by voters in 2018 as other means of producing income-restricted housing throughout the city without relying on the initiative of for-profit developers to build affordable units in exchange for market-priced units.

Steinberger also said the capacity estimate did not account for nonprofit developer projects, which, he said, use different criteria for how they build and finance projects. Earlier this year, City Council passed its Affordability Unlocked policy, which dramatically expands incentives for nonprofit developers to build income-restricted housing throughout Austin.

“This code is a nonprofit developer-friendly code,” Steinberger said. “It helps them build more densely and more economically. The work that remains to be done is trying to tee up the funding and the programs to make the [60,000 income-restricted units] goal a reality.”

When it comes to the ability to require affordable housing, local governments in Texas have their hands tied, said Erica Leak, housing planning and policy manager for the city of Austin. This is something City Council members said they want the public to clearly understand.

The state of Texas prohibits its cities from implementing inclusionary zoning—zones in which developers are required by law to provide some percentage of income-restricted housing in new development—a tool on which other cities across the country rely to produce affordable housing. Texas also does not allow cities to charge impact fees, which cities would be able to levy on new development. Those fees would go toward an affordable housing fund maintained by the city government.

Instead, affordable housing from the private market in Texas typically comes through government subsidies or creative incentive programs—such as the density bonus program—designed by local governments. To subsidize its way into its affordable housing goals, city staff estimates a price tag between $6 billion to $11 billion. This means the emphasis is on incentives—use of which are, by definition, voluntary—and calibrating those incentives so developers want to buy in.

Although Leak said the latest draft of the land code rewrite makes Austin’s incentive package attractive, she said the limitations imposed by the state make it an uphill battle.

“There is just no way that an optional incentive program will ever be able to produce a sufficient number of income-restricted units,” Leak said. “It really does require subsidy. It requires other tools, but unfortunately, the state of Texas prohibits the use of tools available in other cities. This is really the greatest number of affordable units we think [the code] can provide.”

“Please be very clear about those tools, limitations, etc. so they really understand what is happening, what can happen, what can’t happen and under what circumstances they can be more active in moving us forward,” Harper-Madison said.