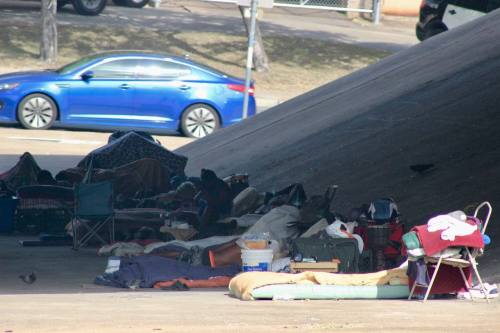 A pair of Austin City Council members want more specificity, outreach and city resources used toward the city’s public camping laws, rules which have taken over the spotlight in Austin’s ongoing battle with homelessness challenges.

Earlier this summer, Austin City Council decriminalized public camping throughout the city, with the exception of parkland, floodplains, city-owned and private property. City staff followed this up last month by recommending the city reimpose some restrictions to city camping rules.

The resolution is tentatively scheduled for discussion at a special called meeting on Sept. 20.

Restrictions would also extend to transit stops, along Safe Routes to School, sloped areas under overpasses and areas around shelters, including the downtown Austin Resource Center for the Homeless.

Tovo and Kitchen also asked City Manager Spencer Cronk to create a map where public camping is restricted, and enforce local and state laws that relate to the use of fire pits and grills and building structures on public land. They also said they wanted to see enforcement around cleanup of pet and human waste, drug use, and manipulation or modification of public infrastructure.

Tovo and Kitchen’s resolution also asks the City Manager to explore the cost of replacing confiscated restricted items with authorized ones for public campers and create a map where the city will install public toilets and garbage pickup. The resolution did not define those restricted items, but said they may "create public health or public safety risks."

The resolution also asks that police give public campers reasonable time to move from a restricted area and call on social workers, such as the city’s homeless outreach street team, to deal with campers who remain in restricted areas after they have been asked to move. The social workers should aim to connect the individuals to case management and housing options.