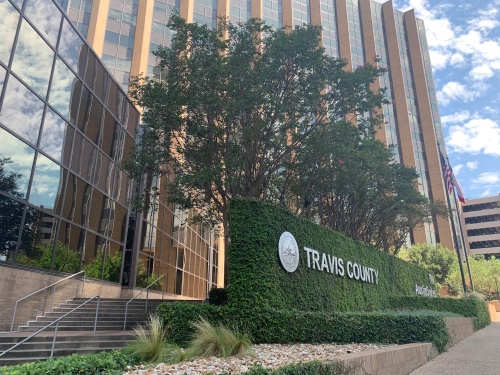 Travis County commissioners are considering hiring a drainage consultant to help sidestep a lengthier and more costly Federal Emergency Management Agency approval process for changes made to the 100-year flood plain. County staff explained the costs and benefits of doing so at June 25 meeting.

Commissioners adopted updated flood plain standards for land development in April based on the publication of a federal study called Atlas 14 that shows intense rainfall has exacerbated the threat of flooding in Central Texas.

Commissioners will vote on whether to hire an outside consultant at their next meeting July 2.

FEMA, which administers the National Flood Insurance Program, requires communities seeking alteration to a flood plain to obtain a Conditional Letter of Map Revision from the agency.

Travis County regulations for flood plain management also require a CLOMR to be obtained any time there is a proposed project within the limits of the FEMA flood plain.

A number of projects in the county’s 2017-22 bond program fall under this category.

The CLOMR process typically costs between $30,000 and $40,000 and takes nine to 12 months, causing extra costs and scheduling delays for affected projects, according to a brief prepared by county staff.

“So you can see what this is doing to our accelerated bond program,” Stacey Scheffel, Travis County certified flood plain manager, told commissioners.

As an alternative to the CLOMR process in which FEMA vets projects, the county is able to hire a drainage consultant who would assist its staff by reviewing its hydraulic analysis and assessing whether the flood plain will be altered.

County staff estimate the cost of hiring a drainage consultant to be between $5,000 and $6,000, Assistant Public Works Director David Greear said.

If the consultant confirms county staff’s calculations are correct and the flood plain is not changed or affected, the CLOMR requirement could be waived, according to the brief.

“This is a belt and suspenders,” County Judge Sarah Eckhardt said, adding she expects the consultant to find the county’s calculations to be correct.

In addition to the costs incurred by the CLOMR process, or alternatively by the hiring of an outside consultant, the county’s updated flood plain standards have affected projects’ budgets in other ways.

“For neighborhood drainage projects, the Atlas 14 effects are more significant than single-point improvements, such as a bridge replacement or new roadway alignments, since the affected area is much larger and more complicated,” staff wrote in the brief.

Commissioners can either vote to phase improvements over time to spread the costs over multiple budget cycles, pursue a design to a smaller rainfall event but provide improvements to a larger number of affected homes, or pursue additional funds to design all phases to a 500-year flood event.

“This is what makes our job so difficult,” Precinct 3 Commissioner Gerald Daugherty said.

Funding the bond projects to the updated flood plain standards will require the county to cut funding for other programs, commissioners agreed.

“But roads, bridges and drainage are our core functions,” Eckhardt said.

Commissioners will take up the budgeting issues at a future date.
SHARE THIS STORY