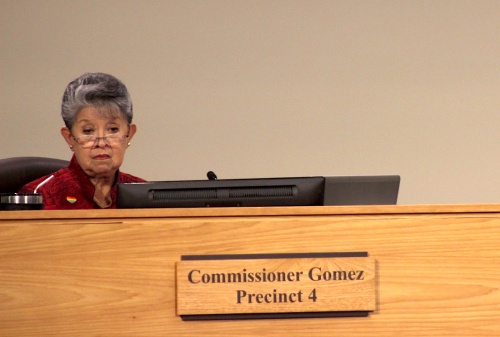 Elected officials in Travis County will receive raises as high as $32,309 as part of a three-year commissioners-approved process to bring the salaries of eligible positions to market rates.

“One of our roles in [human resources] is to make sure that we are recruiting and maintaining our talent,” HR Director Tracey Calloway told commissioners at a June 18 meeting, citing competitive pay as one way her department is able to do so. “The only mechanism that we have to do that is to look and see what other people pay, or the relevant market.”

The raises are also influenced by legislation passed by state lawmakers during the 86th legislative session that affects pay for certain elected officials, including district judges, county court-at-law judges and probate judges.

Commissioners will vote July 9 whether to implement these raises all at once or in phases over two years.

“Historically, this Commissioners Court for years and years and years suppressed elected officials’ salaries to the point where [a presentation by the HR department] last year showed that we were significantly below the midpoint for a number of positions,” Eckhardt said. “But we created the $30,000 jump by not taking an incremental bite each year to keep us in line with the midpoint.”

Other officials—including constables in Precinct 5, sheriffs, district and county clerks, tax assessors and collectors, and treasurers—are on track to receive raises between $6,544 and $26,771.

“I personally think that elected officials’ compensation ought to be the same as rank-and-file [employees],” Daugherty said, adding he realized the Commissioners Court is required by state lawmakers in the Texas Legislature to implement certain raises. “They’ve told us a number of things that we squirm about.”

Daugherty was the sole commissioner who opposed maximum salary increases for elected officials during the fiscal year 2019 budget cycle.

Eckhardt acknowledged it is “unsavory” to set salaries for elected officials.

“It’s super embarrassing to talk about your own pay, but that’s what our job is,” she said.

Commissioners will decide whether to implement the raises recommended by the HR department, based on market research, in one fell swoop or in phases over two years.

Fiscal year 2020, which begins Oct. 1, is the last year Travis County commissioners will operate with a rollback tax rate of 8%, meaning it can increase property tax revenue by up to 8% year over year before triggering an election for voter approval.

On June 12, Gov. Greg Abbott signed into law a rollback rate of 3.5% for cities and counties; it will take effect in fiscal year 2021.

In light of the upcoming revenue cap, county staff recommended commissioners implement raises for elected officials in one year instead of two.

“Any type of commitments that the court has made already this year … we want to fund it in this year’s budget,” Budget Director Travis Gatlin said, explaining that doing so will allow the county to implement the raises before the revenue caps take effect.

Eckhardt called the decision a “Faustian choice” but agreed with Gatlin’s recommendation.

“Under the new normal with the caps and the even more unsavory probability that we will go to rollback this year in order to preserve flexibility for next year, the perverse effect of what the Legislature has done is it has sped up some of the investments we intended to make in a phased approach so that we can shove them in under this year’s budget, knowing that we will be seriously curtailed in at least the next two budget cycles,” she said.
SHARE THIS STORY