The Austin Resource Center for the Homeless is the lone city-operated homeless shelter.

Austin’s homelessness issue has taken center stage in recent years following homeless population growth and continued criticism of the city by the community for a lack of resources in managing the problem. Now equipped with over $26 million in the budget to battle homelessness this fiscal year, the city is taking aim at solutions.

If approved by City Council on Jan. 31, City Manager Spencer Cronk’s team will need to draft a report by May 2 that specifies the city’s best options for creating a new immediate homeless shelter—that is, a shelter that can house someone immediately after they become homeless—that will open by Sept. 30. The proposed action by City Council is scheduled for the same Jan. 31 meeting where they will vote to scale back the ARCH from 190 to 130 beds in an effort to deviate from the shelter model and focus more on case management.

Austin’s homeless population grew by 5 percent between 2017 and 2018, while the number of unsheltered homeless people grew by roughly 22 percent, according to city documents.

Aside from the hard deadlines set by the resolution, the only guidance from City Council is that the shelter must provide a pathway to permanent housing, and the new shelter cannot be adjacent to an existing residential neighborhood, unless the neighborhood approves otherwise.

District 5 Council Member Ann Kitchen, the resolution’s lead sponsor, said the idea is to provide flexibility. The resolution says the shelter could be on city-owned land or land owned by a partnering entity, and it could be an existing structure or constructed. It even highlights the possibility that the shelter be a “fabric membrane”—similar to structural characteristics of the University of Texas’ football practice facility.

District 9 Council Member Kathie Tovo, who represents most of Austin’s downtown area, which includes the ARCH, said although she is “ready” for a “big investment in shelter,” a broader conversation around what it looks like and how it operates is a crucial preliminary step.

District 4 Council Member Greg Casar said although the need for more shelter space in the city is urgent, City Council must not be haphazard in its action and do its due diligence before approving any project, even if it means taking more time.

“This is so important that we can’t do it wrong,” Casar said. “It would be a significant failure if we don’t provide adequate services.”
SHARE THIS STORY 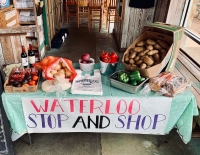 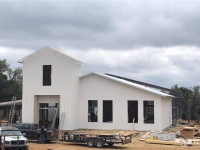