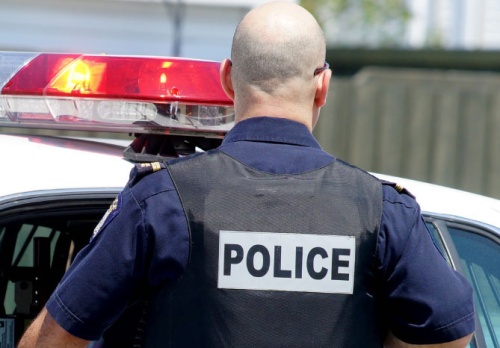 After more than 10 months without a labor contract between the city of Austin and the Austin Police Association, Austin City Council unanimously approved a new four-year contract Nov. 15, effective immediately.

The Austin Police Association, which represents Austin Police Department officers, announced earlier in the day its members had approved the agreement.

In addition to the new contract, council also unanimously approved an ordinance establishing a new Office of Police Oversight, which will replace the Office of the Police Monitor and expand its ability to operate independently.

“I think that if you look at this process it shows Austin at its most challenged and also at its best,” Austin Mayor Steve Adler said after the vote.

The new contract arrives after what was repeatedly described—by council members, activists, negotiators and community members—as a difficult process that left both parties celebrating measured victories.

“After working on this process for three years, including a year of preparation before bargaining started, we are thrilled that we have a contract that the officers like and the community likes,” APA President Ken Casaday said in a statement. “But, as always, we did not get everything we wanted, and neither did the city.”

Chris Harris, a data analyst and campaigns coordinator for the local nonprofit Grassroots Leadership, said that the new contract is “light-years” ahead of the proposal that was presented to council last year.

“We want you to be pleased with—not satisfied with—the progress we made,” Harris said at a community meeting hosted by the organization on Nov. 13.

The city’s negotiation team secured some, but not all, of its requests for improved accountability and transparency, which were informed by feedback from community members and activist groups.

The new contract improves the accountability in a number of ways, including the ability for residents to make anonymous complaints, the publication of all material related to complaints that result in a disciplinary action and a requirement that the police chief make a public statement any time he rejects a recommendation from the Office of Police Oversight on disciplinary matters.

"I think through that sunshine we can hopefully heal," said Council Member Greg Casar, who represents District 4, of these improved transparency measures and how they will help improve fraught relations between law enforcement and the community.

Thomas Villareal, vice president of the APA and a member of the APD, said the union's membership "overwhelmingly welcomes the transparency the community desires."

Deven Desai, the city's labor relations chief, and Chas Moore, founder of local activist group Austin Justice Coalition, named Villareal—along with Chris Perkins, an APD detective and a union negotiation team member—as a key player in the negotiations, one who kept communication channels open between the union, the city and invested community members.

The 180-day rule—which restricts the amount of time APD is able to investigate and discipline an officer for misconduct to 180 days—remains intact with the new contract. In cases allegedly related to criminal activity, the tentative agreement allows for the 180-day clock to begin when the police chief or an assistant chief becomes aware of an incident.

Officers are also still entitled to 48 hours and prior viewing of investigative materials before making a formal statement about alleged misconduct.

When the city's negotiating team proposed to change these rules at an Oct. 30 session, they met resistance.

"We have no interest in that," said Ron DeLord, an attorney and police contract consultant who is leading APA in the negotiations.

With these pay increases factored in, the total cost of the contract over the four years it will take effect—through September 2022—is calculated at $44.6 million, per a city memo.

This is a change from the previous contract proposal, which, if it had been approved, would have provided officers with a 9.5-percent pay raise over five years at a cost of $82 million.

APD officers are the highest paid in the state, making nearly 14 percent more than the next highest-paid department.

“We got all this amazing stuff for about half the money,” said Chas Moore, founder of the Austin Justice Coalition.

Moore was instrumental is rallying residents to testify against the previous contract proposal prior to council’s rejection of it.

Council Member Alison Alter, who represents District 10, said that, with this new contract, the city has “reimagined what public safety means,” both from a community standpoint and in terms of fiscal sustainability.

With the money saved by the new contract, council can direct more resources to homelessness solutions, mental health care and other pressing issues that weigh on police officers and residents alike, Alter said.

This new contract arrives after nearly a year without one.

The negotiations have been ongoing since Dec. 13, 2017, when council rejected a proposed contract, citing concerns about cost and accountability.

Delia Garza, who represents District 2, said it was “the most emotionally tough meeting I have ever been a part of as a council member.”

At times, the process has been contentious, with both sides laying blame with the other.

The city offered APA an extension of the previous contract that would have secured specialty pay and other provisions for an additional 12 months—through December 2018—as negotiations continued.

APA rejected their officer, citing legal reasons. Casaday told Community Impact Newspaper in January that the union did not have “the legal ability to accept such an extension because the previous contract only allowed for extensions in 30-day increments if both parties were engaged in negotiations for a successor contract."

More recently, Casaday criticized council at an Oct. 18 meeting for making progress on a new Major League Soccer stadium but not on the city’s contract with the police union.

“We’ve been waiting, and there’s nothing but foot-dragging and a waste of time by this council,” Casaday said.

Since the previous contract expired on Dec. 29, APD has operated according to state civil service law.

Without a contract to secure them, certain specialty pay compensations, including for mental health training and higher education achievements, and officer privileges during disciplinary processes were eliminated.

Additionally, recommendations made by the city’s Office of the Police Monitor, a liaison between APD and the community, are no longer publicly available, and the Citizen Review Panel—another oversight body—was suspended.

With the new contract in place, Police Monitor Farah Muscadin will become the director of the Office of Police Oversight, which will also oversee the creation of a new citizen panel.

During the public hearing on the new contract, half a dozen community members spoke on an unrelated issue: a report published Nov. 15 by Reveal in collaboration with Newsy and ProPublica that found the Austin Police Department, among others around the country, has classified as many as two-thirds of rape cases as “closed” when no arrest has been made.

Mayor Adler directed City Manager Spencer Cronk to look into the issue and report back to council quickly.