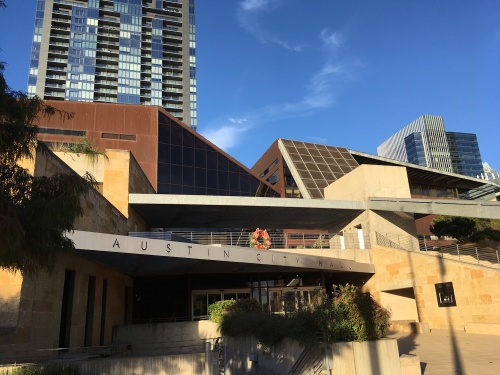 Austin City Council's Housing and Planning Committee unanimously recommended a 9 percent low-income housing tax credit be awarded to the Chalmers Courts redevelopment project at 1801 E. Fourth St. in east Austin, headed by the Housing Authority City of Austin, or HACA. The credit, which provides financial flexibility to incentivize low-income housing development, would apply to Phase 2 of a three-phase affordable housing redevelopment project that will eventually bring over 400 affordable units just east of I-35.

In selecting the Chalmers Courts project, the committee chose not to recommend Talavera Lofts, a mixed-income, partial affordable housing project within the Plaza Saltillo development. Although council members agreed both projects were valuable, state law says the highly competitive low-income housing tax credits cannot be awarded to more than one project within the same revitalization zone. The Talavera Lofts development near East Fifth and Navasota streets is roughly a half-mile from Chalmers Courts. Council Member Jimmy Flannigan told Community Impact Newspaper he went with Chalmers Courts because it provided more units at deeper affordability.

A City Council approval of the committee’s recommendation would act as a recommendation letter for the project to the state, which will make the final decision on which projects get the competitive tax credits.


2. The city has no money to fund a long-awaited nexus displacement study

City staff estimated the cost of a nexus displacement study at $120,000 but said Austin does not have the funds to pay for it. In 2015, Council Member Pio Renteria sponsored an approved resolution that laid out the need for the study, which would highlight avenues the city could take in assisting residents forced to relocate because of development. Renteria said he was “very concerned” over the lack of funding for a study he said was necessary to create displacement assistance programs.

In the most recent budget cycle, the city manager chose to allocate only $1.9 million of a potential $3.7 million to the city’s Housing Trust Fund, a bank trust fund set up to pay for affordable housing projects. The rest of the money was used elsewhere in the budget.

Council Member Alison Alter said she did not feel the tradeoffs were as clearly presented during the budget conversations, and asked for more transparency moving forward. She said adequate money in the trust fund is crucial to buying down affordable units in projects, such as The Grove at Shoal Creek, where the city will eventually need over $13 million to secure 600 affordable units when the residential phase of the development begins.