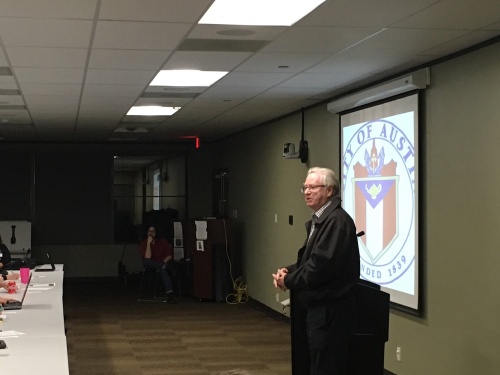 Jack succeeds Mary Ingle, who held the post for most of 2017 after former president David King stepped down to take a position with the city’s Zoning and Platting Commission. Jack, like Ingle, was one of the earliest and most outspoken critics of CodeNEXT—the ongoing rewrite of the city’s land development code that has been a four year, $8.5 million project.

In nearly the same moment Ingle handed him the president’s gavel, Jack made his intentions as president clear, referring to CodeNEXT as a “battle” that the Austin Neighborhoods Council needed to win.

“I didn’t agree to do this job to see the ANC get run out of town,” Jack said. “We need to begin to organize ourselves to win this battle.”

Jack immediately scheduled a meeting of all ANC sector representatives throughout the city to begin to formulate a strategy and to, as one member of the audience put it, give “more teeth to the ANC to knock some sense into the city” regarding CodeNEXT.