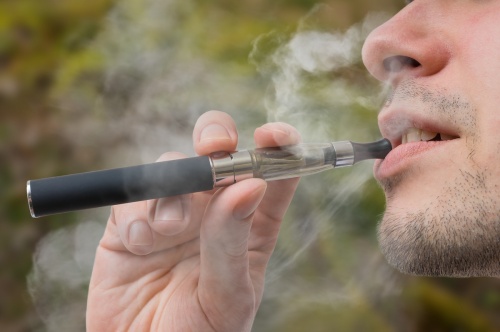 Austin City Council unanimously approved a ban on electronic cigarettes in all public places, including parks, on June 22.

Users of electronic smoking devices—e-cigarettes and vaporizers—may soon have to abide by the same rules as tobacco smokers after action by the Austin City Council on Thursday.

Prohibitions on the use of electronic smoking devices, known as "vaping," are cloudy under the city code's current language. District 2 Council Member Delia Garza said the new code amendments would clarify whether the devices fall under the same restrictions as tobacco cigarettes.

“Glad we were able to accomplish this to make (the restrictions) clear for our establishments,” Garza said.

The resolution alludes to reports from the U.S. Food and Drug Administration that warn against harmful health effects of using electronic smoking devices.

“Laboratory tests conducted by the (FDA) have shown that electronic cigarette vapors contain carcinogens, including nitrosamines and varying levels of nicotine,” the resolution states. “E-cigarette vapors were found to contain toxic chemicals such as diethylene glycol, a common ingredient in antifreeze.”

The city manager is required to bring the amendments back to council for final approval within the next three months. If approved, Austin will join cities such as Waco, New York City, Boston, Chicago and Los Angeles in placing electronic smoking devices under the same prohibitions as cigarettes.