Increasing rent continues to push some businesses out of Austin 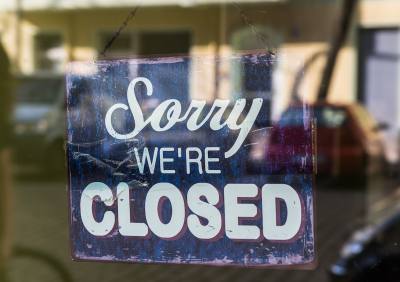 Recently closed businesses Over the Rainbow and Banzai Sushi & Grill are among local shops that have cited an increasingly difficult business environment.

After 42 years, beloved Tarrytown toy store Over the Rainbow will close its doors for good and owner Stanley Moore says it's for one reason.

“The shopping center needed to have a big increase in rent from me, and I put the pencil to the paper and decided it would not work out,” said Moore.

The store, which opened in 1975, was known for its personal customer service and selection of toys, especially educational ones.

Moore says the internet is simply too much competition for his brick and mortar. But stores closing is something that's happening around Austin for various reasons.

Banzai started out on the Drag, and then relocated to North Lamar. January 2nd was their last day in business. They have not stated their reason for closing.

Austin's oldest furniture store, Gage Furniture, says they will be closing and The Flying Saucer said Dec. 31st was their last day as well.

“We were at the end of our lease and just decided not to renew. Competition is must different,” said Larry Richardson, co-owner of The Flying Saucer.

The restaurant and bar at The Triangle is the only Austin location. They say they are closing because they couldn't generate a decent profit in the Austin market.

It seems like 2018 will be looking a bit different without some beloved establishments like Over the Rainbow. Moore says they will close for good January 31st.

“The economics are just tending to favor the bigger stores. I just want to thank Austin for all the support. I appreciate it, I had a good 42 years. I leave with no regrets,” said Richardson.