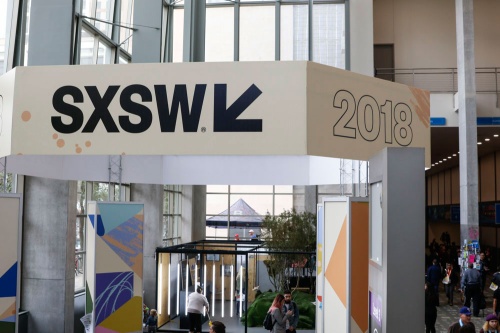 Have a badge? Check out these Austin locals at SXSW.

As thousands flock from around the world to descend on Austin for nearly two weeks, local influencers will join the fun as South by Southwest Conference and Festivals officially begins March 9.

See which Austinites to catch during the Interactive portion of SXSW below.

Steve Adler, mayor of the City of Austin
Since Adler was sworn into office in 2015, he has focused primarily on Austin’s growing affordability crisis and mobility issues. In 2016, fellow mayors surveyed by POLITICO Magazine named him co-winner of the Rookie of the Year award. Before his election, Adler had practiced eminent domain and civil rights law in Austin for 35 years. For SXSW, he will join mayors from other cities for to discuss the role local government entities can play in fighting climate change at the panel, “Innovative Cities against Climate Change.”

Kendra Scott, chair, CEO and founder of Kendra Scott LLC
Scott founded her fashion jewelry line in 2002 and has stayed involved in all phases of the brand’s development, including its expansion into home goods, fine jewelry and nail lacquer. By the end of 2018, Kendra Scott LLC will have 75 standalone retail stores nationwide and is sold internationally in department stores and online. See Scott discuss her philanthropic efforts during a panel called “Giving Back Rocks: How Austin Brands Do It.”

Joshua Baer, founder and executive director of Capital Factory
Baer leads Capital Factory, a technology startup incubator and co-working space with a 55,000-square-foot headquarters in downtown Austin. He founded his first startup in 1996 in his college dormitory at Carnegie Mellon University and now mentors young entrepreneurs in Austin, where he serves as head of the Austin Tech Alliance. At SXSW, he will talk about unlocking the tech potential of other Texas cities during “The Texas Startup Manifesto powered by UNION.”

Whitney Wolfe Herd, CEO & founder of Bumble
As founder and CEO of Bumble, a dating mobile app based in Austin, Whitney Wolfe Herd leads one of the fastest-growing social networks in the world. Since 2015, she has spearheaded Bumble’s growth of nearly 26 million users worldwide. Attendees can hear her talk to Gayle King about her female-first platform at her featured speaker session, "In Conversation with Gayle King."

Cody Cowan, general manager at Mohawk
Cowan was raised in Austin began a career in live music venues at local haunts in his teens after playing and touring in bands. Currently, as general manager at Mohawk, a popular bar in the Red River district, Cowan is interested in preserving Austin’s live music scene. He will link up with other Austin locals for the panel, “Austin, Y’all! Sustaining a Thriving Music City.”

Jane Hervey, founder, executive director and creative producer at Boss Babes ATX
Jane Hervey first came to Austin from the Rio Grande Valley to study at The University of Texas. She went on to found Boss Babes ATX, a nonprofit that puts on meets, events and festivals for self-identifying women in creative industry and the arts in Austin. You can meet Hervey and the rest of the Boss Babes ATX crew when they host the “Women in Creative Industries Meet Up” during SXSW.

Andy Roddick, founder and chair of the Andy Roddick Foundation
Roddick, a former professional tennis player, became the top male player in the world shortly after he won the U.S. Open in 2003. He is the most recent North American male player to win a Grand Slam singles event, reach the top world ranking and claim the year-end world No. 1 ranking. He was ranked in the top 10 for nine consecutive years between 2002 and 2010. In 2000, he founded the Andy Roddick Foundation with the mission to community to expand opportunities for young people to learn, thrive and succeed. Learn more about his work at a panel called “Giving Back Rocks: How Austin Brands Do It.”

Delia Garza, Austin City Council member
Before being elected in 2014 to represent District 2 on Austin City Council, Garza followed in her father’s footsteps to become a firefighter and was one of the first Mexican-American female firefighters in the Austin Fire Department. After attending law school, she worked as an assistant attorney general, as which she advocated for Texas families within the Child Support Division of the Attorney General's Office. She currently serves on boards dedicated to regional affordability, public transportation, utility oversight and mobility. See her discuss equitable economic development policies at “Economic Growth for Everybody.”

Evan Smith, editor in chief, CEO and co-founder of The Texas Tribune
In 2009, Smith launched The Texas Tribune, a nonprofit, nonpartisan digital news organization dedicated to deep coverage of politics and policy in the Lone Star State. Previously, Evan spent nearly 18 years at Texas Monthly, including eight years as editor and a year as president and editor-in-chief. This year, attendees can catch Smith interviewing Leo Varadkar, the Prime Minister of Ireland, about how tech has transformed the Irish economy. This is not Smith’s first time with a head of state; at the 2016 festival, he interviewed President Barack Obama for a SXSW keynote.

Tyson Cole, chef at Uchi
Before Cole co-founded popular South Lamar restaurant Uchi in 2003, he learned about the Japanese sushi tradition for more than a decade at restaurants in Tokyo, New York and Austin. Cole was recognized as one of Food and Wine Magazine’s Best New Chefs in 2005. During SXSW, Cole will speak on “Influencing Food Culture & Policy Through Film & TV,” a panel about how media changes the way we eat.