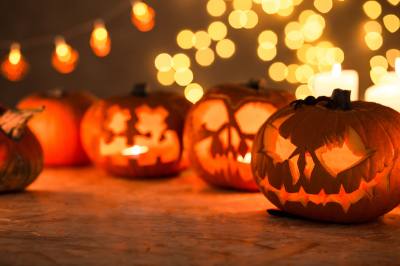 1. East Sixth Street between Brazos Street and I-35 will be closed to vehicles starting at 6 p.m. today for Halloween. The Austin Police Department has also initiated a "no refusal" DWI initiative that begins at 9 p.m. Monday and ends at 5 a.m. Tuesday. Read APD's tips for being safe on Halloween here.

2. Six Square, a nonprofit organization dedicated to celebrating the African American heritage of Central-East Austin, is celebrating Austin's black cemeteries with an event called Homecoming. The symposium will be held Wednesday at Hutson-Tillotson University's King Seabrook auditorium, 900 Chicon St., Austin, with Michael Blakey, a professor at The College of William & Mary and the director of the African Burial Ground Project, serving as keynote speaker. The symposium also includes a panel of educators and industry professionals who will discuss the significance of African-American cemeteries in the United States. The event is free and starts at 6 p.m. Learn more here, and RSVP here.

3. The controversial Austin Oaks planned unit development zoning case in Northwest Austin returns to the zoning commission for approval Tuesday. During the meeting, which starts at 6 p.m. at Austin City Hall, 301 W. Second St., Austin, commissioners will likely decide whether to recommend Austin City Council approve developer Spire Realty's proposal to build apartment units, office space, medical and dental office space, restaurants and a 100-room hotel on the property, which is currently occupied by the Austin Oaks office complex on the southwest corner of Spicewood Springs Road and MoPac.

4. Early voting ends Friday, and election day is Tuesday, Nov. 8. Read candidate Q&As, find out what Travis County residents are saying about early voting and learn more about Prop 1 by checking out all of our election coverage.

5. The Austin Asian American Film Festival is this Thursday through Sunday. The festival includes a selection of Asian and Asian-American films from established filmmakers and newcomers alike, including the documentary "Tyrus" about famed ex-Disney artist Tyrus Wong. A film pass is $35, and a festival badge is $50. The festival will be held at the Blanton Museum of Art, 200 E. Martin Luther King Blvd., Austin. Learn more about the festival here.
SHARE THIS STORY

The seven-story office project and 32-story residential tower are expected to open off of Red River Street in 2023.

Austin Board of Realtors data shows a new record for home prices in Austin's core.

The first round of funding will support programs initially established with Coronavirus Relief Funds.