Williamson County to debut fair and rodeo next year

Williamson County will debut its own county fair and rodeo in 2020 after signing an agreement to help fund a local fair association. (Ian Pribanic/Community Impact Newspaper)

contribute today
Williamson County residents will have a county fair and rodeo of their own to enjoy this summer after commissioners approved an agreement with a local fair association.

The Williamson County Fair Association, in accordance with the agreement approved by commissioners, will produce, conduct, manage and provide the fair and rodeo for the county.
RELATED STORIES

According to county documents, the Williamson County Fair Association will reimburse the $100,000 paid by the county within the next four years, though those debts may be reduced or forgiven altogether.


OTHER NEWS FROM THE WILLIAMSON COUNTY COMMISSIONERS COURT

Williamson County is looking to amend its procedures and goals for one of its special courts after commissioners approved a $165,000 grant request to establish the Family Reunification Project on Dec. 17.

This new project from the county aims to reduce the recidivism rate for Williamson County families with children returned to Child Protective Services after the child has been previously returned from foster care. According to statistics provided by the county, approximately 70% of children will be returned to their parents after foster care, but over 50% of those children will return to CPS custody over a five-year period.

“The grant is the first step forward in creating something unique,” Commissioner Valerie Covey said. “We’re looking for a model that will be unique, but one we can take to the state with data that proves it can work.”

According to language from the county’s grant application, the Family Reunification Project would increase the number of days for substance abuse inpatient care from the now-state-maximum 28 days to a full 60 days. Further, families would then receive therapeutic interventions in the program’s second phase, and the third phase of the program would work to transition children back into offending households with family coaches and increased connection to community support systems.

The county’s grant application lists eight regional partners for the project from government and the nonprofit realm, including the county’s court system, the county attorney’s office, CASA of Williamson County and other groups.

The first chunk of funds from Williamson County’s voter-approved November bonds was approved to be issued Dec. 17 by county commissioners.

Williamson County will issue $35 million in bond issuances to pay for parks projects. That accounts for the full allotment of parks bond funds. 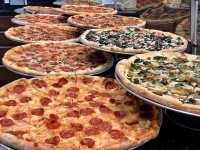 Learn how area restaurants are adapting to restrictions that closed dine-in services.

Cedar Park City Council will consider an agreement with the Cedar Park Chamber of Commerce to provide up to $10,000 in financial assistance to each eligible small business. 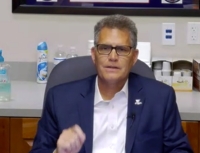 After the regularly scheduled April 2 City Council meeting was canceled due to technical difficulties, Leander City Council has scheduled a meeting for 7 p.m. April 8. 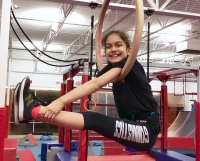