What started as an Alcoholics Anonymous group in Cedar Park in 1983 has grown into a recovery resource with 43 meetings that help more than 800 people every week. The Yellow House Foundation is now asking its community for help to fund construction for its new, larger Leander building, Hal Cromwell, the project’s fundraising coordinator, said.

“When you’re at your lowest, you’ve got a place to go and a community to guide you so you can get your life back,” he said. “And the way it functions, once you get your life back, there’s a responsibility that you will do that for the other people that come after.”

The foundation’s home in Cedar Park is limited in time because the land where the foundation sits will become the future Bell District. The city purchased the land for the construction of the mixed-use development.

Cromwell said the city has been kind and allowed the foundation to stay in its building through the end of 2021, but construction on a new building needs to begin in July so that groups and meetings can move in before the year ends. The building will be located at 804 Leander Drive, Leander. 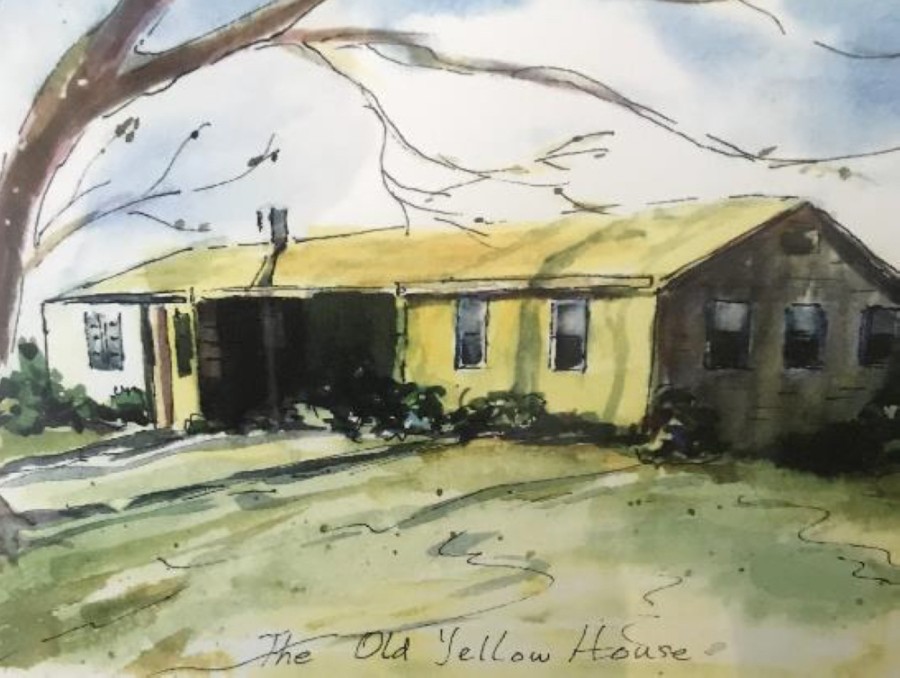 In the fast-growing area of Williamson County, the number of attendees has also grown over time with the nearest similar foundation in Georgetown, Cromwell said. The move has allowed the foundation to build a space big enough to host events and its larger meetings, which have up to 100 attendees, with room to spare.

“It’s recovery, right, so you’re hating and loving it that you’re growing,” Cromwell said. “You love to have the resource and love the work that we’re doing. But when you realize what that means it’s kind of daunting.”

The project’s proposals and pricing were delayed nearly a year due to the pandemic. Cromwell said the project sat in limbo until this past March. Luckily, donations and waived fees from contractors saved the foundation about $460,000.

As of mid-April, the organization still needed to raise about $1.1 million, Cromwell said. In total, the project is slated to cost $2 million, but the land has already been paid for. Now, the foundation is working to fund construction through grants, public funds and community donations. About $350,000 is the immediate goal as the foundation funds itself through hosting group meetings, Cromwell said.

“This is a home that we can stay at for decades,” Cromwell said. “The potential is incredible.”

The pandemic also caused meetings to go entirely virtual for about two months, which had its pros and cons, Cromwell said. Zoom meetings created a convenient way for attendees to join as many meetings as they wished and allowed for more meeting times since no physical space was needed. Unfortunately, the virtual-only environment caused many regular attendees to miss meetings, created isolation for those struggling with addiction and made it difficult for older adults to connect, Cromwell said.

Some meetings are still offered online, and many continue to meet outside, he added.

Cromwell said nearly everyone knows someone who has been to the Yellow House—whether they know it or not. It is the only local resource for some people without financial means of inpatient or outpatient care, he said.

Meeting information and times are available online. Donations can be made online.