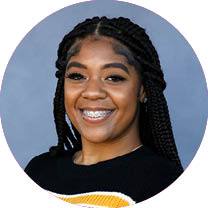 The Leander ISD school board approved a $451.9 million budget for fiscal year 2022-23 at the June 23 meeting. (Zacharia Washington/Community Impact Newspaper)

The Leander ISD board of trustees unanimously approved a $451.9 million general fund budget for fiscal year 2022-23 during its June 23 meeting.

Included in that approval is a pay increase of 5% on the midpoint for teachers, nurses and counselors; a 4% midpoint raise for all other staff; a $15 per hour minimum hourly wage; and an increased substitute pay rate.

The budget also includes a starting teacher salary of $53,520 and 82 new full-time positions to support the opening of North Elementary School and the Early College High School in August.

Of the proposed general fund expenditures, 79.8% go toward payroll, according to district documents. Furthermore, the upcoming year’s budget expenditures are $71.5 million more than the 2021-22 projected actual expenditures. A bulk of these increases are in payroll.

On the revenue side, the budget assumes a $0.09 voter-approval tax rate increase election passes in November.

Proposed gross revenue for FY 2022-23 is $446.5 million. However, because the district is estimated to pay $36.2 million to the state in recapture, net revenue will amount to $410.3 million. This will be the first time LISD will pay into recapture.

Under the proposed budget, the district will dip into its fund balance, using $5.4 million of $173.3 million set aside there.

In addition to the general fund, the board also approved a $136.3 million debt service fund and a $14.3 million for child nutrition funding.

When discussing the tax rate, Board Member Sade Fashokun asked district staff if there was sample ballot language, due to the “deception” she heard “during the presentation” at the June 23 meeting.

“I mean, we just need to call out deception where it is,” she said.

In response, Board Member Gloria Gonzales-Dholakia explained the deception more so as a “lack of understanding,” addressing the district’s Chief Financial Officer Elaine Cogburn.

“My concern is, I wonder if some of it’s deception or maybe it’s just a lack of understanding,” Gonzales-Dholakia said. “I know you have explained this so many times, but I am worried that there’s people that sit in the audience time after time, and they hear the presentation and they’re still not getting it.”

Cogburn urged everyone who still does not understand district finance, tax rates and the budget to go to LISD’s Smart Money website.

“I would recommend that people go to our website,” she said. “There is a 13-minute video; it’s pretty long, but it goes into everything school finance that a 5th grader could understand, and there is more detailed information about our budget situation and what we’ve been through in our budget process.”

The tax rate will be approved in August.

Additionally, the board will vote to call a VATRE, or voter approved tax ratification election, at a later date. If ordered, Election Day would be Nov. 8. Visit www.leanderisd.org/smartmoney for more information about school finance.