The Central Health Board of Managers on Feb. 26 voted to establish the Central Health Medical Executive Board. According to Central Health, it is mandated by state law to create this board before it can employ its own physicians. (Iain Oldman/Community Impact Newspaper)

contribute today
Following a change in state law that allows Central Health to employ and appoint physicians, the agency took its first step to hiring its own medical professionals.

The bill requires Central Health to establish the Medical Executive Board as a means to ensure that physicians employed by the health care district retain the ability to exercise “independent medical judgement,” according to Central Health documents.
RELATED STORIES

• 52 parks to visit this weekend in Cedar Park, Leander

“This has been a work in progress for at least two years leading up to the last legislative session,” said Jonathan Morgan, chief operating officer for Central Health. “This is our next big step in that direction.”

According to a presentation given to the board of managers on Feb. 26, the Central Health Medical Executive Board is required to have policies in place for governance, credentialing, quality assurance, utilization review, peer review, medical decision making and due process.

Iain Oldman joined Community Impact Newspaper in 2017 after spending two years in Pittsburgh, Pa., where he covered Pittsburgh City Council. His byline has appeared in PublicSource, WESA-FM and Scranton-Times Tribune. Iain worked as the reporter for Community Impact Newspaper's flagship Round Rock/Pflugerville/Hutto edition and is now working as the reporter for Northwest Austin.

The 201-acre Leander subdivision will have 500 single-family homes. 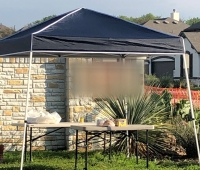 Citing a health hazard, the city of Cedar Park is asking residents to stop creating pop-up food banks in neighborhoods.

The county is calling for assistance from anyone with sewing and embroidery skills.

The program will aid approved businesses with payments for payroll, lease, mortgage, utilities, and critical business equipment or supplies. 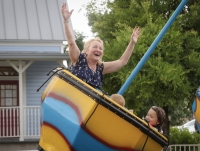 The Old Town Street Festival, Leander's biggest event of the year, has been postponed until Aug. 29 due to coronavirus concerns.