Glitches in the new voting system caused two delays in the Village of Volente the morning of Nov. 5, according to a press release from the Travis County Clerk’s Office.

At 7:13 a.m., poll workers at the Volente Fire Station contacted the Travis County’s election headquarters and said they were not able to print ballot cards. Over the phone, an election official walked the Volente poll worker through the process of resetting the printer, which corrected the problem.

Then, at 8:55 a.m., a voter called election headquarters to report that they had received the wrong ballot style. The call center dispatched a technician to the polling place. The technician arrived at 9:28 a.m. and resolved the issue by 10:05 a.m. according to the release.

The delay inconvenienced a handful of voters, who waited for the glitch to be corrected, according to the press release.
Tags: Volente , Election 2019 , Travis County Clerks Office
SHARE THIS STORY

Toyota of Cedar Park seeking to expand by 9.22 acres

Cedar Park City Council plans at its Jan. 23 meeting to consider a Future Land Use Plan Amendment that could potentially lead to a 9.22-acre expansion of the Toyota of Cedar Park dealership. 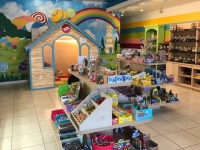 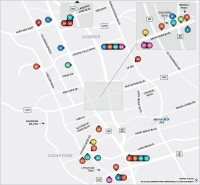 Annual Community Guide: Cedar Park-Leander restaurants that opened in 2019 or are opening in 2020 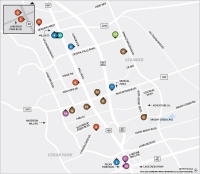 Annual Community Guide: Cedar Park-Leander retailers that opened in 2019 or are opening in 2020