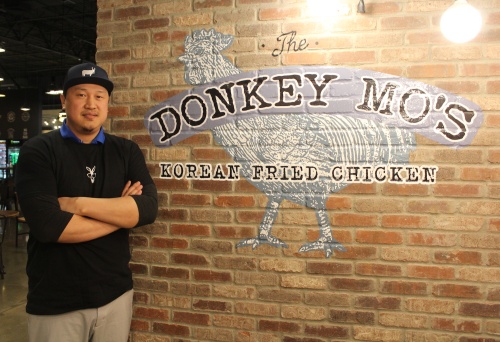 It was an unusually cold February day, but some 3,000 people flocked to the Lakeline area for the second rendition of Far East Fest. The outdoor festival, which brings together Asian restaurants and entertainment groups, was a testament to the growing presence of Asian cultures in the Cedar Park, Leander and Austin areas.


In the last year, a number of Asian-owned and -focused businesses have opened in Cedar Park, Leander and the Lakeline area of Austin.

The region has also caught the attention of major chains such as H Mart. The Asian supermarket opened on Lakeline Boulevard in Austin in February 2018 and features an eight-restaurant food court.  Several Asian businesses have opened up nearby since.

“I think [H Mart] was a clear signal that the Asian community is already huge in the Austin area but more importantly growing at a rapid rate,” Choe said. “What’s awesome is that a lot of the very diverse background that Austin is known for has transferred and been absorbed by the growth in Cedar Park, Leander and Round Rock.”

Choe has lived in Austin since he was 4 years old, after he and his family immigrated to the United States from South Korea in 1982. Choe said he noticed the influx of the Asian population when Samsung Austin Semiconductor, a South Korean electronics manufacturer, came to Austin in 1997.

“I think they helped pioneer the Asian immigration into the Austin area,” Choe said. “Since then, we’ve had some presence with LG and other Korean-backed companies.”

Marina Bhargava, CEO of the Greater Austin Asian Chamber of Commerce, said Austin being a tech industry giant is a reason for growth in the Asian-American community.

“When you look at the workforce in tech, a lot of them are Asian-American for many reasons,” Bhargava said. “Part of it is just our culture, I think. … It’s a safer career to get into.”

Unlike New York City and San Francisco, Austin does not have a Chinatown, or a single area where many Asian-Americans reside. The Asian-American population is more scattered, Bhargava said, though most of the population tends to live in northern parts of Central Texas, including Travis County and Williamson County.

She said a number of factors draw Asian-Americans to suburbs such as Cedar Park, including housing and good schools.

Amy Sanborn, owner of Amy’s China Cuisine in Cedar Park, was born in China and moved to the United States in her 30s.

In China, she worked as a pediatrician, but when she came to the United States, her credentials did not carry over. She took nursing courses in California but eventually decided to pursue a career as a restaurant owner. She and her husband moved to Leander in 2006 because she was looking for a place with a small-town feel and access to good schools, she said.

“We love it here,” Sanborn said. “It’s a safe, good place to raise kids. The school district is really good, too.”

Since opening Amy’s China Cuisine in the 1890 Ranch shopping center in Cedar Park in 2012, Sanborn said she has seen many other Asian restaurants pop up around hers. While at first her restaurant was one of the only ones serving Asian cuisine on the block, she said, now the center is home to Takara Sushi, Pho Thanh Ni, Chada Thai and EurAsia Ramen.

“I take it a good way,” Sanborn said. “I take it like a challenge.”

Just as Asia is vast and contains  many countries and cultures, the Asian-American population in the area is also diverse.

Choe said he has noticed the different groups within the Asian-American community become more supportive of one another in recent years. He said when he was growing up, he felt there was more of a disconnect not only between Asian communities and other racial groups but also between various Asian nationalities within Austin.

“Recently, like in the last 10 years, there have been a lot more community-focused organizations popping up really helping to drive the Asian community, the awareness, the economical advancement, the advocacy for Asian communities,” Choe said.

The Greater Austin Asian Chamber of Commerce, which formed in 2012, seeks to be a bridge between the mainstream community and the Asian business community, providing guidance and networking opportunities for business owners in Central Texas, according to Bhargava.

The Asian American Cultural Center and Asian American Resource Center in Austin, both of which are planning their own expansions, serve the Asian community.

Austin Community College is currently exploring plans for its own Asian culture center, according to ACC spokesperson Jessica Vess.

Passionate about supporting small businesses, Choe said he created Far East Fest in 2017 as a way of celebrating and bringing together various Asian cultures in one place.

“There have been a couple of small food festivals that are specific to an Asian country, but there wasn’t anything that combined all the countries,” Choe said. “The goal now is to turn it into an iconic community event.”

Asian-Americans in Cedar Park and Leander are opening a variety of businesses, not just restaurants.

Shivam Patel and Denise Cua are Asian-American and opened Perch Dentistry in Cedar Park in February. The two said they designed the office with the goal of creating a modern, spa-like atmosphere they felt many dentist offices lack.

Patel said they chose Cedar Park because of the opportunity to build their own space, a chance they struggled to find in the large, saturated cities they used to live in.

“It would be very tough to have [started Perch] back in Boston or California,” Patel said. “You’re either buying someone else out or opening up in place of another. There’s no ground-up stuff happening as much as there is out here. The growth is a huge plus here.”

Cua said she hopes to be someone Asian-American patients can relate to.

Bhargava said challenges for some members of the Asian-owned business community include language barriers, in addition to the challenges faced by other business owners in rapidly growing areas, such as rising rent prices for commercial spaces.

“For some of them who are not totally proficient in English, that can be a barrier for them to understand the different resources or opportunities and also the different regulations they need to comply with,” Bhargava said.

Sanborn said despite studying English in China as child, by the time she moved to the United States, those skills had faded. Over the years, working in her restaurant has helped her improve, she said.

“[My customers] helped me a lot,” she said. “I’m proud of myself since it’s my second language.”


The Greater Austin Asian Chamber of Commerce completes studies analyzing revenues of Asian-owned businesses in Central Texas. The chamber’s latest study from 2016 shows disparities exist among different demographic groups within the Asian business community. The study shows Vietnamese, Filipino and Korean communities tend to have lower revenues for their businesses than Chinese and Indian communities have.

Bhargava said some reasons why this difference exists could be language or education disparities among ethnic groups. Some may have come to the United States as refugees, such as during the Vietnam War, while others hailing from China and India may come here for schooling or high-skilled tech jobs, she said.

“They’re in a privileged position right off the bat even though they’re new to this country,” Bhargava said.

Cua grew up in the United States after her parents emigrated from the Philippines. She said she was the first in her family to get a degree beyond a bachelor’s. Since none of her family members owned a business, she said she struggled to navigate opening her own.

“I was afraid because I feel like I have the experience and the intuition for business owning, but without guidance it’s like a shot in the dark,” Cua said.

The growing presence of the Asian community has led to a blending of cultures. One example of this is the rise of fusion cuisines. Donkey Mo’s Korean Fried Chicken, for example, takes influences from Korean food in its chicken batter and flavors and pulls from Southern comfort food, selling creamed corn and fried pickles.

“I challenge people to consider, ‘Why does it have to be authentic?’” Choe said. “At the end of the day, I think it’s better to combine influences. ... You take these influences from various other countries and make something really delicious.”

“They all not only support each other, but they depend on each other for growth and for success,” Choe said. “My advocacy for the Asian community is trying to get everyone to work together and prosper together.”