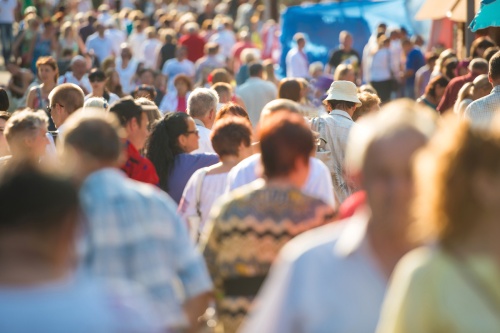 Each year, Texas' chief financial officer, the comptroller, records how the state compares with other U.S. states. Here are 10 important lessons learned from this year's comptroller scorecard, which uses the most recently available data from third-party sources:

1. Texas' population is growing far quicker than in other states. Between 2010 and 2016, Texas' population increased 10.8 percent, which is second in the country only to North Dakota. The average rate of growth among states is 4.7 percent.

2. The people living in Texas are young and getting younger. Texas ranked second in the country for percent change of population under the age of 18, with this share of the population increasing by 5 percent. Again, Texas was second only to North Dakota. The majority of states saw a decrease in this area. This growing youth population is also supported by the fourth-highest birthrate in the nation. In 2015, Texas had 14.7 births per 1,000 residents. Utah, Alaska and North Dakota were the only states to best Texas in this area.

3. More people are moving to Texas within the United States than to any other state. Between 2010 and 2016, roughly 867,000 more individuals moved into the state than out, ranking Texas as number one for net domestic migration. Florida comes in as a close second, with third place Colorado trailing about 600,000 behind.

8. The state ranks just below the average unemployment rate in the nation, but falls as 25th among states overall. The unemployment rate, calculated only with the unemployed population that is still actively seeking work, was 4.6 percent in 2015. Nationally, this number was 4.7.

9. Texas has the highest number of individuals uninsured in the entire country. In 2015, the rate of Texan uninsured individuals was 17.1 percent, almost two times the country's rate of 9.4 percent. In 2010, just before the implementation of the Affordable Care Act, Texas' rate was 23.7 percent.

10. The state famous for fried food during the state fair season falls within the top 10 states for obesity rates at number 40. Texas' obesity rate is 32.4 percent. This is an increase from 2000 when the rate was 21.7 percent and from 1990 when 10.7 percent of Texans were obese.

For more information and data from the Comptroller's 50-State Scorecard, look here.
SHARE THIS STORY