TxDOT directs $8 billion for road projects over next 4 years

Texas Department of Transportation Commissioners met Wednesday afternoon to update their $70 billion funding plan for the next 10 years of construction projects. The Unified Transportation Plan allocates a large sum of money for the agency to address problems in congestion, connectivity and safety.

Of the $70 billion, $50 billion is allocated already via formula funding. That leaves $20 billion to be allocated over the next 10 years at the discretion of TxDOT and its commissioners.

As part of a proposed March update of the Unified Transportation Plan, TxDOT presented roughly $8 billion in projects—from that $20 billion pot—to begin executing over the next four years.

At this time, Texas Clear Lanes has allocated $1.3 billion to these five cities for specific projects. Here is the breakdown of how these funds will be used:

In a 2015 presentation, state demographers said Texas' population would top 50 million by 2050. The population stood at less than 30 million in 2015.

The areas experiencing the most growth are the usual suspects: Austin, Dallas, Houston and San Antonio, with Dallas forecasted to become the largest Texas city with more than 16 million. Houston is projected to grow to more than 14 million, and Austin is estimated to house more than 5 million people by 2050.

"The state of Texas is spurring economic development and creating jobs by making a historic investment to build more roads and improve our infrastructure," Gov. Greg Abbott said in 2015. "That's why today I am directing the Texas Transportation Commission to create a focused initiative to identify and address the state's most congested chokepoints and work with transportation planners to get new roads built swiftly and effectively."

If everything proceeds as is, and the Commission approves the proposed funding for Texas Clear Lanes, $2.5 billion total will be allocated to the group for 19 new projects. Those projects are detailed here.

Another $5 billion has been distributed from the Unified Transportation Plan to districts within urbanized locations via the transportation funding formula.

About half of this $5 billion is set aside for projects in which TxDOT would work in conjunction with local municipalities.

Austin received $254 million, Dallas received $616 million and Houston received $626 million from this overall amount. The projects funded from this source will start sometime within the next four years. Additional projects may be recommended as part of the 2018 Unified Transportation Plan.

Before finalizing the next allocation of Unified Transportation Plan funds, TxDOT will host a public meeting  Thursday afternoon in Austin. Those interested in following remotely can view the meeting online.

On March 14, TxDOT will also host a public hearing on the allocation of Unified Transportation Plan funds in Austin. 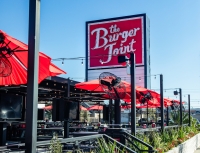