Rep. Celia Israel, D-Austin, held a press conference Thursday to explain why she is introducing a bill to lower speed limits on Texas city roads.

Here is what you need to know about the bill that Israel hopes will lower traffic fatalities throughout the state:

1. Israel filed the bill because of the high amount of mortality and injury rates on Texas roads. According to the Texas Department of Transportation, roughly 3,500 people died from traffic-related incidents in 2015. About 13,616 additional injuries were suffered from similar incidents.

2. The bill targets prima facie speed limits, or the unspoken limit on roads without posted signs. That limit is currently set at 30 miles per hour. Israel's bill would reduce that speed to 25 miles per hour.

"Five miles per hour is a small price to pay for the life of a child," Israel said.

3. The bill would only impact limits within urban districts. While cities themselves lower prima facie speed limits, it often requires traffic studies and an additional cost to taxpayers. This bill would uniformly impact these limits across the state, excluding those in areas not considered urban districts.

An urban district is defined very specifically within the Texas Transportation Code as a territory adjacent to and including a highway with surrounding structures for business, industry and residential homes that are located at intervals of less than 100 feet for a distance of at least one-quarter mile on either side the highway. Essentially, these areas are defined by density.

If a road is surrounded by enough people for the purpose of living or business, and doesn’t have a posted speed limit, it would likely be affected by this bill.

"This is not just an Austin issue, this is a state of Texas issue," Israel said.

For the full text of the bill, look here.
SHARE THIS STORY 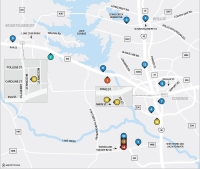 Shopping listing: Businesses that opened in 2019 in Conroe, Montgomery area

Check out our annual roundup of businesses that opened in 2019. 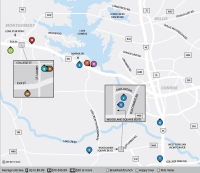 Dining listing: Restaurants that opened in 2019 or are coming soon to Conroe, Montgomery area

Check out the restaurants that opened their doors in 2019 or are coming soon. 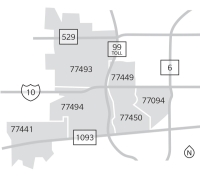