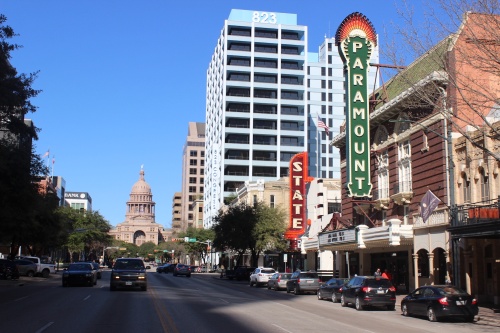 The 2019 Texas Tribune Festival will close with conversation between Evan Smith, the Tribune’s co-founder and CEO, and Speaker of the U.S. House of Representatives Nancy Pelosi, D-California.

The Texas Tribune, which is a media partner of Community Impact Newspaper, announced Pelosi as its closing keynote speaker in a media release Aug. 20. That keynote conversation will take place on Sept. 28 at 7:15 p.m. at the Paramount Theatre. The opening keynote event will take place at 7 p.m. at the Paramount on Sept. 26 with a speaker that has yet to be announced.

This will be Pelosi’s third appearance in the last five years at the Texas Tribune Festival and her first as Speaker of the House. A member of Congress since 1987 representing California’s 12th District, Pelosi made each of her previous appearances at the festival as the House Minority Leader. She was Speaker of the House from 2007-11 and regained that position in January 2019.

“We can’t wait to welcome one of the most powerful politicians in America back to Austin,” Smith said in a media release.

Other featured speakers at the 2019 festival include a pair of politicians representing Texas in Washington, D.C.—U.S. Sen. Ted Cruz, R-Texas, and U.S. Rep. Will Hurd, R-Texas, as well as two Democratic candidates for president in 2020—U.S. Senator Amy Klobuchar of Minnesota and former U.S. Secretary of Housing and Urban Development Juliån Castro.

Tickets and more information are available at http://festival.texastribune.org.