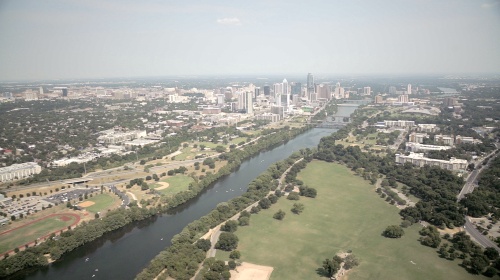 There is no shortage of unofficial SXSW events—showcases, parties and demonstrations that are unaffiliated with South by Southwest Conferences & Festivals—taking place March 10-19 in Austin. Community Impact Newspaper has compiled a quick list of some notable unofficial highlights in and around the official SXSW festival zone:

In case you missed it, here's the full schedule for this year's #SouthwestInvasion! pic.twitter.com/jHit4j2ZC4

Whole Foods Market hosts the Sixth annual Quantum Collective Southwest Invasion, March 16-18, as a benefit for the Whole Planet Foundation. Attendees can see sets by Modern English ("I Melt With You"), Hanson ("MMMBop") and Kate Nash ("Foundations"), among others. The event is notable for the debut of a new beer from Austin brewery Hops & Grain. Speakeasy IPA will be available on-site during the three-day festival, which is free (attendees must RSVP to attend) and features several dozen acts on two stages in downtown Austin. The event is open to all ages. RSVP here.

Get ready to party and jam on St. Patty’s Day with BPM at our 10th Annual Texas Takeover Event! RSVP at https://t.co/uVLqO9uuIC #BPMTakeover pic.twitter.com/t2bhEM91BY

A longtime unofficial attraction, the RedGorilla Music Festival runs Monday to Saturday in venues up and down Sixth Street and is free and open to the public. Music fans can check out Ships have Sailed at the Rooftop Bar on Monday, The Lime Traders at the San Jac Saloon on Wednesday or Broke Royals at Darwin’s Pub on Saturday. A full schedule is available on the festival’s website.

Key Bar’s Festivus For the WEST of us gets underway Monday with acts scheduled from 6-10 p.m. The bar expands its daily schedule starting Wednesday with bands scheduled to play from 3 p.m.-midnight through Saturday. For a complete list of scheduled acts, visit Key Bar’s Facebook page. Key Bar, 617 W. Sixth St., Austin. 512-236-9389.

Out in Southeast Austin, live music venue Texas Mist has organized a three-day schedule called “Rock Metal March” that features more than 20 bands between Wednesday and Friday. While there is a $5 cover charge for adults, minors can attend for $10. Bands include Taken by Tides, Black Rhino and The Dead Kids, to name a few. Check out the schedule at the venue’s Facebook page. 1115 Old Bastrop Highway, Austin.

Our SXSW 2017 RSVP list is out! Be sure to RSVP before the showcases fill up! #Retweet & get the word out! https://t.co/5zVhuPxHu5

In search of an exhaustive overview of all unofficial live music events and parties? Follow Unofficial SXSW 2017 at @SXUnofficial on Twitter for RSVP info and updates to schedules.

The locations serving pizza include: