The city of Pearland has had to contend with a rapidly growing population as well as a limited budget, while still needing to maintain a fire department capable of responding to emergencies quickly. To achieve this, the Pearland Fire Department has transformed from a volunteer department to a fully staffed and growing department over the course of 12 years, and the city is still preparing for more changes.

At its meeting on Oct. 14, Pearland City Council approved a design contract for a new Fire Station 4 off Cullen Parkway and accepted a federal grant that will assist in staffing costs for the fire department in the upcoming year.

Both of these are the most recent council decisions in a long-term plan to support the Pearland Fire Department as it looks to improve response times and station accommodations for full-time firefighters.

“The city’s done two things for us,” said Mark Campise, assistant chief of administration and training. “It has recognized the rapid population growth and is trying to catch up as quickly as possible, and it’s also building a fire department that lends to the safety of the firefighters as well.”

Improvements include three new stations: Fire Station 1, which opened in September; Fire Station 8, which is under construction and will open at the end of 2020; and a replacement for Fire Station 4, which has just begun the design phase and will open in 2021. Pearland is divided into 11 fire districts, with the number of the station correlating to the district number the station is located in. With these new stations, the city has taken a strong position on its goal to build a safe community, Campise said.

“The city outgrew the fire department, but with the commitment from council and the city manager, we have a great plan for catching up and we’re getting closer and closer to that target every day,” Fire Chief Vance Riley said.

Pearland’s fire department was based on a volunteer force until the city vastly outgrew the department and needed to change to keep up with the high volume of calls coming in, according to Riley.

“Emergency medical services as a whole has grown substantially over the years,” Pearland City Manager Clay Pearson said. “What people see in terms of the big trucks and the lights are only a part of what they do.”

In 2017, a company called Citygate was hired by the city to assess the Pearland Fire Department and deliver a report titled Standards of Cover and Staffing Study. The report, released the same year, analyzed all aspects of the department, from response times and incident data to a traffic analysis of the city.

“Citygate also verified the findings of a study we had done in 2012 looking at fire station locations in the city,” Riley said. “Based on all of that, they gave us a list of recommendations, which the council accepted and we used to create a plan for the department.”

Pearland Fire Department has struggled with high response times in the past. The Citygate report stated the response times from 2012 to 2017 were all notably longer than the recommended 7 1/2 minutes. In 2017-18, 90% of emergency calls in Pearland had responders on the scene in 11 minutes. From station to station, that time ranged from roughly 10 to 12 minutes, according to the report.

Citygate recommended that Pearland invest in three new fire stations as soon as possible, for the northwest, southwest and southeast regions of the city, as well as add at least three ladder trucks to the department. The northwest, which is located in Fire District 8, was chosen to have its own station first and will be the city’s first station with separate dedicated staff for both its engine and ladder truck, Campise said.

The large population in the northwest section of Pearland has had to rely on a citywide system to respond to its emergency calls which, while still effective, has extended response times since responders are coming from other areas in the city.

“More stations means while crews are handling an emergency, we still have some available,” Campise said.

To assist in staffing Station 8, the city of Pearland applied for a grant from the Federal Emergency Management Agency. FEMA has an ongoing annual program that provides financial assistance to firefighter programs in a number of different areas which include recruitment and retention, equipment purchases, educational outreach and staffing. One of FEMA’s grant programs is called Staffing for Adequate Fire Emergency Response, or SAFER.

In September, Pearland was awarded the SAFER grant and accepted a three-year agreement to help the city cover the cost of hiring 12 full-time firefighters, said Joel Hardy, Pearland’s grants and special projects administrator.

“Over the next three years, we estimated that hiring these firefighters will cost us $3 million,” Hardy said. “That could change over the course of a multiyear budget, but overall that puts the city in a position to receive $1.9 million from FEMA.”

The SAFER grant states that FEMA will cover a percentage of the salary expenditures for these firefighters each of the next three years: 75% in the first year, 75% in the second year and 35% in the third year.

“The good thing about it is that because it’s very expensive to hire full-time firefighters we would have had to wait a whole other fiscal year to completely staff Station 8,” Riley said. “This will allow us to completely staff it in one year instead of two.”

Campise said the department has become very data driven, which puts it a step ahead of other fire departments to identify ways to become more efficient and effective. For example, tracking the origin of emergency calls lets the fire department know where the most need and demand is when it looks to open another station.

“Our goal is that we put them geographically so we can have the most efficient response time to the area they serve,” Campise said. “Moving Fire Station 1 to the north from its previous location right down the road isn’t that far, but moving it helps us better serve the northern end of this district.”

Fire Station 5 has been servicing the entire western section of Pearland, and has had the highest demand for service of Pearland’s fire stations as well as response times that are around 10 minutes 90% of the time. This can be attributed not only to the size of the area being covered, but also traffic and road network design.

“This area of the city needed a stronger presence, and that will be achieved with a larger facility and more personnel,” Hardy said.

The new location of Fire Station 1, on the corner of McHard and Old Alvin roads, opened less than three months ago. The facility is top of the line, and Campise pointed out every aspect of the design not only takes the health and safety of the firefighters into account, but prioritizes it.

“When you look at this station, the design was built around reducing contamination, trying to keep us healthier and taking steps to prevent cancer,” Campise said. “The biggest thing is the city taking steps to protect the citizens but also to build a fire department that’s safe and takes care of its people.”

Today the Pearland Fire Department has five staffed fire stations, but that number is changing as the city builds stations to progress its quality of coverage. The city hopes to eventually have a station in all 11 of the fire districts, but that is a long-term plan that will play out over the next five to ten years.

In the meantime, Station 8 is under construction and will be located at 12255 Shadow Creek Parkway, and Fire Station 4, which will be located next to the existing Station 4 at 8333 Freedom Drive, is to open in 2021.

“These things take a lot of time and planning and preparation, for staffing and design and construction, so it’s definitely kicked into visible hyper drive over the past few years and will for the next couple,” he said. “But that is the result of years of planning.” 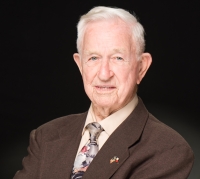 Reid will take on the role once he retires from his role as mayor. 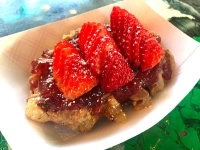 As part of our 2020 Annual Community Guide, we put together a list of restaurants that opened in 2019, as well as some scheduled to open this year.