Only a few minor activities remain for the final phase of widening FM 1093 between an upcoming intersection with the Texas Heritage Parkway and James Lane. (José Dennis, Anya Gallant/Community Impact Newspaper)

Only a few minor activities remain for the final phase of widening FM 1093 between an upcoming intersection with the Texas Heritage Parkway and James Lane, said Trent Kubena, a general supervisor with the Texas Department of Transportation.

“The project is basically done,” he said, stating that some striping, U-turns, shaping of medians and clean-up processes remain. 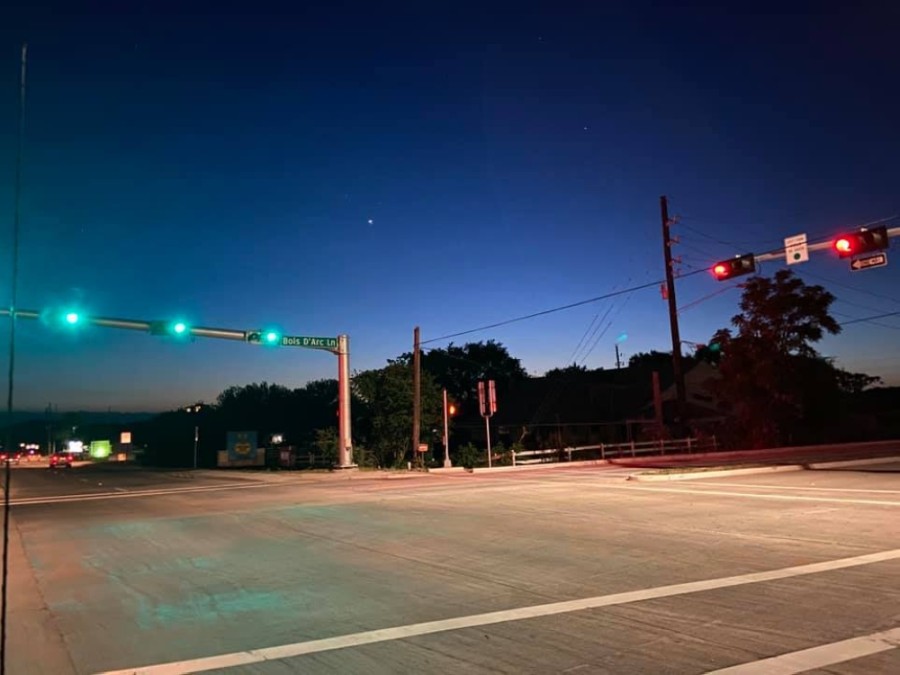 Kubena said all project activities should be completed by July 1.

This last phase of widening FM 1093 included expanding the thoroughfare from two lanes to four lanes with a median as well as pursuing drainage improvements. All four lanes have been open to traffic since at least March, per previous Community Impact Newspaper reporting. Construction on the approximately $19.8 million final phase began December 2018.
RELATED STORIES

• Katy Fire Station to be remediated after mold infestation

• May 2020 featured neighborhood: Learn more about Green Trails in the Katy area

• After three months of pandemic, Katy-area confirmed COVID-19 cases surpass 1,000 on May 28

The previous phases—overseen by Fort Bend County—entailed extending the Westpark Tollway toll lanes from the Grand Parkway to immediately west of Spring Green Boulevard as well as expanding FM 1093 from two lanes to four with a median from FM 1463 to the upcoming intersection with the Texas Heritage Parkway.

The city will spend 6.2% more than last year on the Katy Fire Department and Katy Police Department, 40% more on funding for drainage and street projects, and 19% more for park improvements.