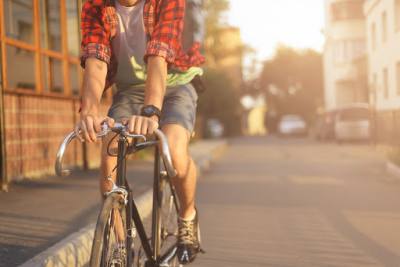 The Woodlands Township is expected to implement a bike sharing program in January.

The Woodlands Township board of directors met last night for its last regular scheduled meeting of the year. Here are a few key meeting highlights.

Bike sharing company Mobike plans to develop a bike sharing program in The Woodlands this winter. The company also operates in Washington, D.C., making The Woodlands the second U.S. entity to implement the program. John Powers, The Woodlands Township assistant general manager for community services, said the company is expected to implement the program in the Town Center area by the first of the year. Riders can rent a GPS-chipped bike through a mobile app for $1 for every 30 minutes.

Powers said the township plans to test the program for a six-month period before deciding whether to expand the program outside the Town Center area.

2. Update on cultural arts study
In November, members of the township board of directors visited various museums in the Greater Houston area to research what museum amenities would be a good fit for The Woodlands area. The township has been working with Webb Management Services Inc. and Gensler, a global design firm, since last year to study the feasibility and economic effects of a center in the area.

Webb Management President Duncan Webb said the Houston Museum of Natural Science has expressed an interest in working with the township. Should a museum be developed, the township would be tasked with raising enough capital to build the facility—an estimated $32 million-$52 million—while HMNS would take over operations costs moving forward.

For a performing arts center, the study recommends partnering with a postsecondary educational institution to find funding and help operate the facility. Webb said the firm has identified two- and four-year educational institutions  that have expressed interest in the project but did not name them during the meeting.

A Phase 3 proposal is expected to be discussed during a January meeting next month.

3. Waterway Cruisers expected to return by January 2018
After a four-month absence, the Waterway Cruisers are expected to resume operations on the waterway by the new year, according to Nick Wolda, director of community relations for the township. All six boats were damaged during Hurricane Harvey by either flooding or lightning strikes.

Wolda said the waterway cruisers are privately operated and do not receive and funding from the township.

4. Directors named to task force for incorporation planning
Since submitting a request for proposals earlier this year, the township has received over 20 proposals to develop a study on incorporation in The Woodlands. The township board is expected to begin hearing presentations  Jan. 4.

To narrow down the list of proposals, a task force has been developed to work with township staff to identify 4-6 consultants to prepare presentations. During the meeting, Chairman Gordy Bunch and directors Ann Snyder and John McMullan were named as members of the task force.