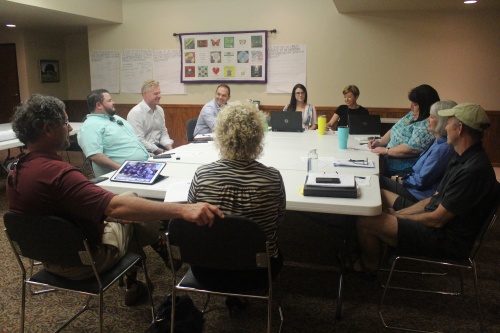 After years of planning and preparation, the Hays-Caldwell Women’s Center’s transitional housing project is getting closer to becoming a reality.

Marla Johnson, executive director of HCWC, said providing transitional housing in the area has been a goal of the organization for about 20 years.

The project is estimated to cost $4.35 million and will be located on a property close to the center, which was founded in 1978.

When completed, Johnson said the housing project—about 22,500 square feet in size—will be able to hold as many as 18 families at one time in apartment-style units.

Local officials recently provided a significant push for funding for the project, though the organization has been busy at work for the last several years trying to gather support.

County commissioners in July approved a grant of $600,000, and San Marcos City Council approved a $400,000 three-year grant for the project at its Aug. 20 meeting.

The city also donated the land for the project. HCWC estimates that the land donation saved the organization approximately $225,000.

“We still have a little ways to go, but we’re getting pretty close,” Johnson said.

Transitional housing helps domestic violence victims and their families after their time at a shelter.

In comparison to living spaces at the organization’s existing shelter, which are designed to be used by families for about 30 days during emergencies, Johnson estimates that the multifamily housing complex will be able to serve a family for 12-24 months.

Because many victims of domestic abuse return to their abusive situations due to a lack of resources for immediate and temporary housing, Johnson said these types of housing projects give victims and their families much-needed time to find employment and more permanent living situations.

Johnson said HCWC’s transitional housing project will be the only one of its kind in the area.

Families who wish to reside at the facility will need to submit an application. Tenants who are accepted will pay 30% of their income as rent.

The organization will give priority to families with young children and will provide education through Head Start, a national program that funds education for kids aged 5 years old and younger from low-income families.

“We felt certain that [the project] is going to make a big difference for those families with young kids,” Johnson said. “And those are really the most likely to go back because there is no way they can afford housing in our community; they’re going back because they think it’s going to be the best thing for their kids to have that home.”

Even before the project picked up much-needed financial support from local elected officials, it had raised close to $2.48 million from individual donors, much of which came from members of the McCoy family, which owns the building supply company of the same name.

HCWC will also receive help from the Austin chapter of HomeAid, a national nonprofit that aids organizations that help fight homelessness.

Melissa Nicewarner Daly, executive director and founder of the local HomeAid chapter, identifies organizations that would like to pursue housing-related projects and brings ideas to the local board of directors for a vote.

HomeAid then connects nonprofits with a “builder captain,” a company that serves as the general contractor and project manager.

Because builder captains can leverage their existing relationships with others in their industry to bring down expenses related to construction, Nicewarner Daly said HomeAid can bring down the total cost of a project.

Due to the size of the project, Nicewarner Daly said HCWC can expect about a 20% savings on its total construction costs with the help of HomeAid.

Nicewarner Daly said the company is still in the middle of budgeting.

A tentative groundbreaking date has been scheduled for November.

“Homelessness is a very complex issue, but HomeAid takes a very simple approach in that it says to the homebuilder, ‘We’re going to task you with the problem, and you’re going to solve the problem by doing what you do best—building homes.’” Nicewarner Daly said.

Laura Dupont is the board president of the Hays-Caldwell Women’s Center and was heavily involved in the fundraising campaign. She said the organization is grateful for the public support the project has recently received.

“When you have to go ask for money, I mean nobody enjoys that. But this transitional housing project is such a no-brainer; people understand it,” Dupont said.