Back in April 2019, the Lake Travis Youth Association was given 10 years to complete installation of a cutting-edge, $1.15 million lighting system for the Field of Dreams sports complex in Bee Cave. Jan. 2 marked a big step forward toward that goal.

On Jan. 2, LYTA board President Shiloh Newman and LTYA board member Brian Chesney were among two representatives who provided a check to Musco Sports Lighting that put the association at $380,000 toward its total costs. Chesney and Newman stated they are also working to complete the process much sooner than 2029.

“We’ll owe another $70,000 at the completion of this job in another four weeks,” Newman said. “Then that will be for the soccer field lights. That will complete Phase 1 of our lighting plan at the beginning of February.”

Following the $70,000 payment in February, LTYA will owe $750,000 toward a new system that will not only help the complex achieve international dark sky compliance, according to Chesney, but also help diminish much of the light bleed that served as a major reason for the project.

“We had a 20-year-old system here, and we’re replacing them with new LED lights that will focus the light onto the field and minimize how much of the light goes behind the poles and off the field,” Newman said.

Chesney addressed Bee Cave City Council last April to request a site plan amendment that would pave the way for a new, dark-sky-friendly lighting system at the outdoor sporting facility south of Hwy. 71.

That request came after a city-authorized test in 2018 to determine the effectiveness of readjustments to the existing lighting at LTYA's 19.5-acre complex. At that time, Bee Cave City Council and LTYA leaders determined a readjustment was not the most effective option.

The new plan will replace all existing light poles and other equipment at the with pole-mounted LED lights in phases. Phase 1, according to Newman, accounts for all of the soccer fields within the complex—roughly half of its acreage.

“We’re paying for [Phase 1] out of our cash reserves, then Phases 2 and 3, we will probably be doing some fundraising to pay for that,” Chesney said. “We have until 2029 to finish the second half, but we’d certainly like to pull it in and do it a lot sooner.”
SHARE THIS STORY

Lake Travis ISD will places 12.5 acres of land on the market at 1701 Lohmans Crossing Road 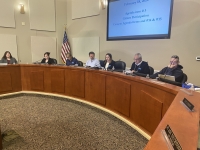 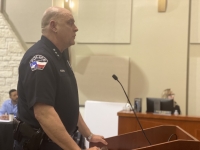 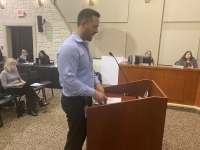