These breweries and restaurants are coming soon to Central Austin 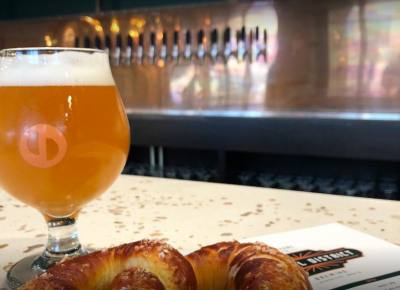 Central District Brewing will hold its grand opening May 18 and 19.

Austin's brewery scene will get even more robust when a few new additions open in the area. Plus, a vegan cheese and wine shop is on its way to the Mueller neighborhood.

Rebel Cheese Vegan Deli & Wine Shop
Rebel Cheese Vegan Deli & Wine Shop will open this summer in the Mueller development at 2200 Aldrich St., Ste. 120, Austin, in the Texas Mutual building. Husband-and-wife team Kirsten Maitland and Fred Zwar relocated to Austin seven years ago; their plant-based cafe will be the fi rst of its kind south of the Mason-Dixon line. 512-871-0845. www.rebelcheese.com

Batch Brewery
Batch Brewery will open in June at 3218 Manor Road, Austin, next door to Batch Craft Beer & Kolaches. It will focus on table beers, India pale ales and barrel-aged sours, among others. Brothers Noah and Josh Lit own the kolache bakery, taproom and retail craft beer shop. 512-401-3025. www.batchatx.com

Central District Brewing
Central District Brewing will hold its grand opening on May 18 and 19 at 417 Red River St., Austin. The small-batch brewery was founded by husband-and-wife teams Angela and Adam Duley and Julie and Joe Ballato. It will begin to serve its own beers by late April. 512-993-4511 www.centraldistrictbrewing.com

Nomadic Beerworks
Nomadic Beerworks, a new brewery and taproom from co-owners and brothers Bryce and Daniel Tyranski, will open in May at 3804 Woodbury Drive, Austin. The tap list will include its West Coast IPA and Export Stout. 512-587-9669. www.nomadicbeerworks.com

Pinthouse Pizza
Pinthouse Pizza will open a fourth location at 2201 E. Ben White Blvd., Austin. No opening date has been announced yet. The locally owned brewpub also has locations on Burnet Road, on South Lamar Boulevard and in Round Rock. www.pinthousepizza.com