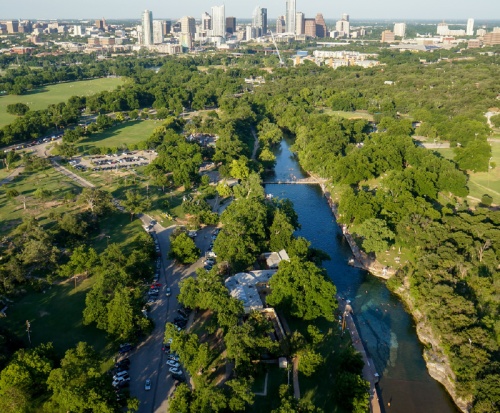 Austinu2019s land-development code rewrite could be adopted in 2019.

Austin is once again undertaking the task of trying to rewrite its rules around where things are built as a response to its continued growth and its housing and affordability crises.

However, to save the city from a repeat of its previous failed attempt known as CodeNEXT, Austin City Council members have been asked by the city manager to weigh in on and provide policy direction on five contentious issues: the scope of the rewrite, level of housing supply, proliferation of housing types, compatibility requirements and parking minimums.

The April work session marked the first significant policy discussion since City Manager Spencer Cronk told City Council members they would need to provide clear direction before his team could move forward. Last summer, after City Council voted to kill CodeNEXT, they tasked Cronk and his staff to come up with a new path forward and a new process of rewriting the code.

With the exception of the absent District 1 Council Member Natasha Harper-Madison, here are the highlights of how each member of the dais weighed in on their vision of the land-development code rewrite.
Mayor Steve Adler
Adler said he wants City Council to vote on policy direction for the five questions by the end of April, and in a message board post last week, he said he wants to see a first reading of the new zoning maps and code by the end of October.

The mayor said he would prioritize affordability and mobility over everything else when conflicts arise and there are “forced choices.” Adler said he supports reducing parking requirements to a greater degree than offered in CodeNEXT’s third draft and admitted Austin’s transition from car dependency to transit reliance would be “awkward.”

District 2 Council Member Delia Garza, mayor pro tem
Garza declined to go too in-depth about her land code aspirations, instead deferring to her message board post she authored with District 4 Council Member Greg Casar, which called for increases in housing supply, housing type, and reductions in compatibility and parking requirements to a greater degree than offered by CodeNEXT’s third draft.

Garza, after saying that she already saw this becoming a frustrating process, said she understood concerns about speed and wanting to get it right but that she was ready to take the “incredibly hard votes.” Garza also said she did not see much value in further laboring over public comment.

“I will be very surprised if anybody says anything that hasn’t been said… in the seven years we've had public comment,” Garza said. “I will listen, but … I'm ready to make the necessary changes. It's going to be incredibly difficult, but we have to do it. And I'm ready.”

District 3 Council Member Pio Renteria
Renteria said his goal in the land code rewrite is to completely eliminate Single-Family-1 and Single-Family-2 zoning districts—essentially large-property neighborhoods. Renteria said he also wants to ensure all property owners have the ability to build an accessory dwelling unit on their lot.

Aligning the city’s development goals with its mobility efforts—high-capacity transit, corridor reconstruction and road rehabilitation—will be a major priority as well, he said.

District 4 Council Member Greg Casar
In his message board post, Casar wrote that he supports radical increases in housing supply and type, and reductions in parking and compatibility requirements. Casar said that although he supports getting something passed in 2019, a passage will not be the end of the process.

“Even once we get something done this year, it will need to be continued planning, continued refinement and continued work,” Casar said.

Casar said he wants to find way to discourage demolitions that only result in a larger, single-family home on the lot and wanted to explore ways to encourage construction of duplexes, triplexes or another form of missing middle housing instead.

Kitchen said parking requirements need to be reduced, but there needs to be context specificity. She said she did not want to see neighborhoods with narrow streets and no sidewalks have no on-site parking.

Although the 135,000 new housing units by 2025 is an important goal set by City Council, Kitchen said the city would do better if focused more on the 60,000 affordable units by 2025 goal instead. She said City Council needed to be specific in its direction.

“We need to make sure that we’re hitting the target as opposed to a scatter shot,” Kitchen said. “We want to hit the bull’s-eye as much as possible. To do that, we need to be specific.”

District 6 Council Member Jimmy Flannigan
Flannigan said he wants to see a form-based code, one which focuses on the physical character of structures and not as much on their uses. He wants to focus on what the code will produce over the next couple decades, not just what is on the ground right now, and he wants City Council to think about tools that could help development evolve over that time.

Flannigan said overall he was “very excited” for the process and hoped his colleagues felt the same.

District 7 Council Member Leslie Pool
Pool agreed with her colleagues who spoke about nuance and the context specificity needed in the land-development code and zoning maps. She said she would be looking at the code through an environmental lens, echoing Adler’s remarks that the city needs to do what it can to fight the “existential threat” of climate change.

Pool said she was generally in favor of enhancing the housing supply and type, parking and compatibility offerings of CodeNEXT’s draft three, but said she will be supporting action through small-area and neighborhood-planning strategies.

District 8 Council Member Paige Ellis
Ellis supports dense corridors and neighborhood transition zones—areas between the corridors and the center of the neighborhoods—and said these areas need to carry the brunt of the 135,000 new housing units the city has aspired to build by 2025.

Ellis supports context-specific parking requirement reductions, saying removing parking minimums does not make sense in every area of the city. Ellis said she believes City Council will be able to provide clear policy direction to the city manager by the end of April.

District 9 Council Member Kathie Tovo
Tovo pushed against Garza’s position that City Council should not spend as much time on public comment this time around. The former mayor pro tem said part of the issues the city ran into last time was the community feeling as though they were not being heard.

Tovo urged her colleagues to exercise caution on opening up zoning entitlements and reducing parking minimums as a means for more dense housing. She doubted the market would produce affordable housing on its own, and said increasing density entitlements and parking reductions would sacrifice a key bargaining chip for City Council in trying to make developers provide affordable housing.

“I'm really committed to approaching this conversation in a positive and collaborative way, and I think it's very possible to achieve the aims that our community expects of us,” Tovo said. “And in ways that are not divisive and vicious.”

District 10 Council Member Alison Alter
Unlike many of her colleagues, Alter said she was focused more on “getting it right” rather than getting it done this year. With Tovo, she said she doubted the ability of the market to produce affordable housing on its own and said the city would need bargaining tools, such as parking requirements, to encourage developers to provide affordable housing. Alter joined Pool and Tovo as supporting housing supply and type, parking and compatibility levels that were slightly more enhanced than offered by CodeNEXT’s draft three.

Alter, who will tackle the code from an environmental perspective, said that although she appreciates the arguments for density as a means to fight urban sprawl, she said the city needs to focus even more on open space and parks as properties with back and front yards become less common in densifying neighborhoods.

“The trees matter; they play a very important function,” Alter said. “We have a lot of things that we're balancing and a lot of trade-offs, but some of these things, once we give them up, we cannot get them back.”