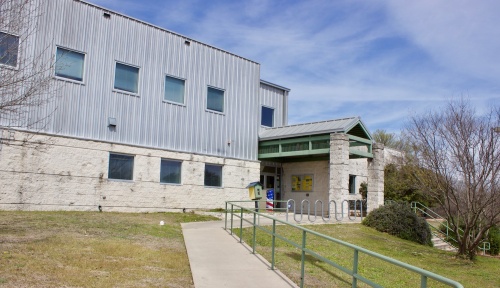 The Senior Center, located inside Pflugerville's Recreation Center, has doubled in size since construction began in November.

Pflugerville’s senior population can expect to see a wider variety of programs and activities after the city finished an expansion of its Senior Center in February.

The Senior Center, located inside the Recreation Center, has doubled in size since construction began in November. The space for seniors to congregate and socialize is now 1,200 square feet in size, up from 600 square feet.

“The space wasn’t big enough for everyone to come out and participate, unfortunately,” Pflugerville Park Development Manager Aileen Dryden said. “With the added square feet, we can really add some programming for [seniors].”

The expansion of the facility ultimately cost the city approximately $100,000.

City staff made room for the expansion by knocking down a wall separating the sitting senior space with the adjacent nursery in the Recreation Center. That nursery was consistently underutilized by the community, Dryden said, while the need for a larger indoor senior space grew.

In 2015, the city of Pflugerville established a senior advisory task force to address the needs of its growing seniors community. Pflugerville Assistant City Manager Trey Fletcher said the need for more senior space was some of the feedback that came out of that task force.

“We have a really dedicated and consistent membership of seniors. They come in regularly; they like their space, and they like to socialize,” Dryden said.

There may be further senior center expansions in the near future for the city of Pflugerville, according to Dryden. Currently, the city is undertaking a needs assessment and feasibility study, which will identify recreational space needed inside Pflugerville, as well as cost effectiveness for improvements.

The Parks and Recreation Department additionally recently closed a survey that asked for resident input on indoor recreation space needs.

That survey, which is part of the needs assessment and feasibility study, gathered more than 600 responses, according to the city’s website. Dryden said city staff is currently analyzing results from the survey.

“We know that there is a need for a larger facility of a Recreation Center, Senior Center or maybe both, but the [facilities] needs assessment is going to tell us that,” Dryden said.

According to Fletcher, the needs assessment and feasibility study will help prepare the city for any potential bond elections necessary for constructions. The earliest the city would call for a bond proposition on recreation and senior space construction would occur in spring 2020, Fletcher said.